hat’s the problem thinks Willard.
In the Line the dead still have a say, and their say counts for double.
It’s a necrocracy and so everyone left alive walks into tomorrow facing backwards.

Willard, his mother, and his girlfriend Nyla have spent their entire lives in an endless procession, where daily survival is dictated by the ultimate imperative: obey the rules, or lose your place in the Line.

Everything changes the day Willard’s mother dies and he finds a book hidden among her few belongings.

Line is speculative fiction at its most ambitious, leading the reader on a journey to make sense of a world that is ultimately not so different from our own.

A stunning debut from a major new voice in Irish literature.

‘Line is a modern parable of the most ambitious kind. A Grapes of Wrath for the age of digital capitalism. Niall Bourke writes with passionate urgency and skilful clarity.’
– RÓNÁN HESSION
‘A powerful, discomfiting fable of uncertainty and failure, poetically crafted, politically pointed.’
– JUNE CALDWELL
‘An enthralling work of high imagination and storytelling flair.’
– DONAL RYAN 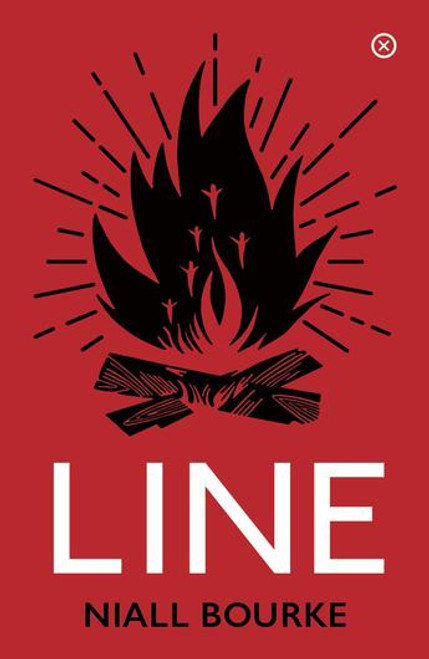