Newly inaugurated president Joseph Gardner has followed through on his pledge to pull American forces out of Iraq. But the region has quickly re-emerged as a hot zone, as Kurdish nationalist attacks have led the Republic of Turkey to invade northern Iraq. Reluctant to recommit U.S. troops, the commander-in-chief turns to former president Kevin Martindale and retired Air Force Lieutenant-General Patrick McLanahan, who have left government behind for the lucrative world of military contracting. Their private firm, Scion Aviation International, is suddenly the only credible armed force in the region capable of blunting the Turks' advances. America's most lethal military contractor has become more powerful than anyone anticipated-too powerful for even the President to control. Now Patrick McLanahan is going rogue, determined to take the fight directly to the Turks, and no one is going to stop him. But where does his loyalty ultimately lie: with his country, his commander-in-chief, his fellow warriors . . . or with his company's shareholders?Praise for Dale Brown:'Clancy's got serious company.' New York Daily News.'When a former pilot with years of experience turns his hand to writing thrillers you can take their authenticity for granted. His writing is exceptional and the dialogue, plots and characters are first-class!far too good to be missed.' Sunday Mirror.'Brown puts us into the cockpits of wonderful machines and gives us quite a ride. His flying sequences are terrific, authentic and gripping.' New York Times Book Review.'The best military adventure writer in the country.' Clive Cussler 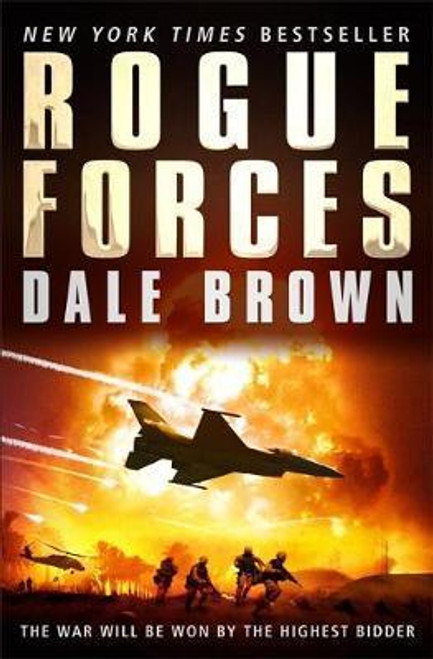