Brendan Cummins has made more senior hurling championship appearances than any other player in the history of the game. In an era that produced such brilliant goalkeeping talents as Davy Fitzgerald, Donal Og Cusack and Damien Fitzhenry, many would argue that Cummins has earned the right to be considered the greatest of them all. Following his League debut for Tipperary in November 1993, Cummins went on to play at the top of the intercounty game for 19 consecutive seasons. He won two senior All Ireland medals, five Munster championships, four League titles and five All Star awards. From fearless shot-stopping to pinpoint accuracy on his puck-outs, Cummins was unrivalled in the consistency of his performances, a consistency underpinned by a sometimes punishing physical commitment, mental discipline and great attention to detail. He was the rock upon which Tipperary built their team under many managers and changes of personnel. Brendan Cummins' story is the story of Tipperary hurling over the last two decades. The ups and downs. The dramas. The characters. From his senior championship debut in 1995 under Fr. Tom Fogarty to his final games under Eamon O'Shea, Cummins has seen it all.
Standing My Ground is a remarkable account of an extraordinary career. 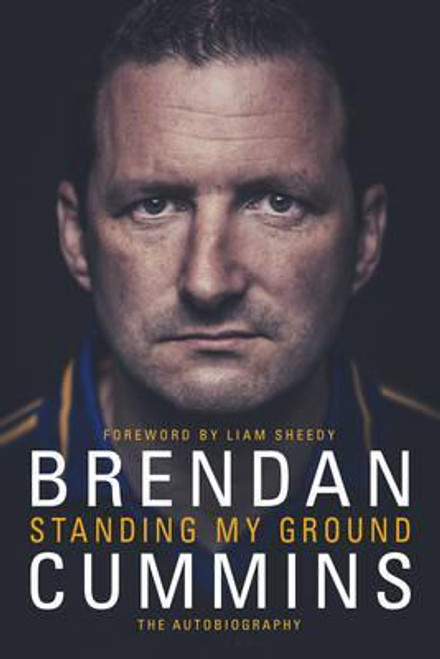