Bungalow Bliss, first published in 1971, was a book of house designs that buyers could use to build a home for themselves affordably. It first appeared two years before Ireland was to join the EEC as a self-published catalogue by Jack Fitzsimons from his Kells Art Studios in County Meath. He and his wife designed and collated it and printed it locally.

Fitzsimons sold these books out of his car to newsagents, petrol garages and bookshops.

This guidebook of how to build your own home radically transformed housing in Ireland. Now, for the first time, author and structural engineer Adrian Duncan looks at the cultural impact that Bungalow Bliss and the accessible bungalow design had on the housing market, the Irish landscape, and on the individual families who made these bungalows their homes.

Little Republics: The Story of Bungalow Bliss will be published ahead of an exhibition about bungalows at the Irish Architectural Archive this winter.

PRAISE FOR LITTLE REPUBLICS: THE STORY OF BUNGALOW BLISS

‘Fascinating and poignant. It made me see the familiar architecture of the Irish countryside with utterly new eyes and unexpected tenderness.’
– Sara Baume

Adrian Duncan was born in County Longford and originally trained as an engineer. He is a Berlin-based visual artist and filmmaker. His short fictions have appeared in literary journals both in Ireland and the USA. His acclaimed debut novel, Love Notes from a German Building Site, published by Lilliput and Head of Zeus in 2019, was shortlisted for the Dalkey Emerging Writer Award and won the inaugural John McGahern Annual Book Prize. His second novel, A Sabbatical in Leipzig, was published by Lilliput in 2020 and is forthcoming from Profile Books. It was shortlisted for the Kerry Group Irish Novel of the Year Award 2020. His first short story collection, Midfield Dynamo, was published in 2021 and was shortlisted for the Edge Hill Short Story Prize. Most recently, his third novel, The Geometer Lobachevsky, was co-published by the Lilliput Press in Ireland and by Serpent’s Tail in Great Britain in April 2022. 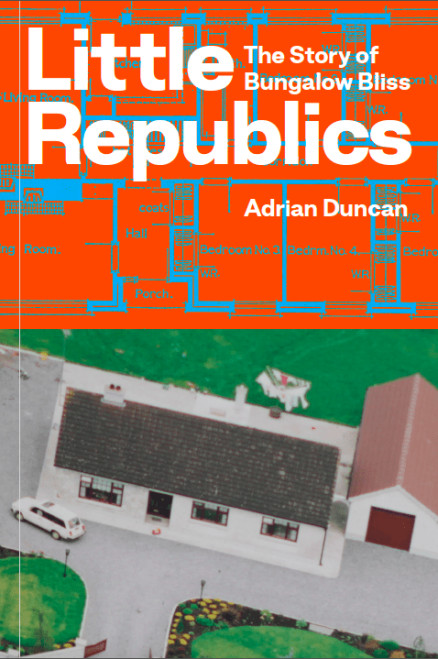