R. Andrew Heidel's Desperate Moon, brings together three previous collections' worth of short stories that have earned him praise from the likes of Ray Bradbury and Harlan Ellison.
From the review by L.J. Hurst for Vector magazine:
Heidel's two admitted influences are Ellison and Ray Bradbury, and they stand out, because if you like Bradbury you'll like the mixture to be found here. On the other hand you will not find much advance on what Ray Bradbury was doing in mixing fantasies and horror stories in his collections in the 1950s. You will also find some stories remind you of other works within sf ('The Thing-In-The-Back-Yard' is reminiscent of Philip K. Dick's short story 'The Father-Thing', for example) and outside of it ('Dead Drunk', in which a character meets Death, echoes Woody Allen's sketch 'Getting Even').

Contrary to the Lovecraftian title of the first section, the main influence there is religious, seen in titles such as 'The God Makers', 'Faith', 'Solace', and 'Interview With God'. On the other hand the effect of the stories is to deny any solace, most notably in 'The God Makers', a parable set among primitive fishermen who try to understand why one of their number is more successful than the rest, but which ends with their offering him in sacrifice. 'Interview With God', where God gives everyone a final interview before they are sent to earth as souls and tells the protagonist "Earth is a crash course on life", ends on an uncertain note. One would assume that God knows what he means to say and what he said implies to me that something is crashing on life, not that our experience on Earth is a crash course in living. No wonder He is more interested in evolution on Pluto.

The 'wonder tales' in the central section are the most science fictional: 'Collect Call' has a moon base becoming conscious, while 'Chryst' and 'Everyday Messiah' have people discovering that time travel and walking through walls is possible but an ultimate cause of inconvenience. The most original story here is 'The Lazarus' - the dead are sent to be zombie workers on distant planets, except that the narrator is alive and conscious in a zombie body. The longest story, 'Liar's Fate', inspired in some unclear way by Neil Gaiman, is a story-within-a-story, and a modern Munchausen's tale.

Weep, which occupies the last half of the book, is more concerned with horror. 'Bestseller', perhaps inspired by Heidel's days in the publishing trade, is the most successful: what better way to promote a new horror title from an author whose sales have been falling than to have him suffer the horrors described in his book? 'Hush' has a possibly abusive father finding his daughter hiding herself in a bird cage, catatonic, while 'Smokes and Mirror' might be describing drug-induced psychosis, or involuntary self-poisoning, as the protagonist tries to clean a basement and then renovate an ancient mirror, using powerful paint-strippers, but it is clear that we, like him, cannot trust our senses. In an earlier story, 'Mirror, Mirror', another character manages to see or not see what he wants to see or not see, while in 'Fall' characters manage to look through their room to a garden where a boy is stoning a monster he cannot see at the bottom of a well.

Copy number 45 from the limitation of 500, signed by the author, light foxing/spotting to teh page block ends. 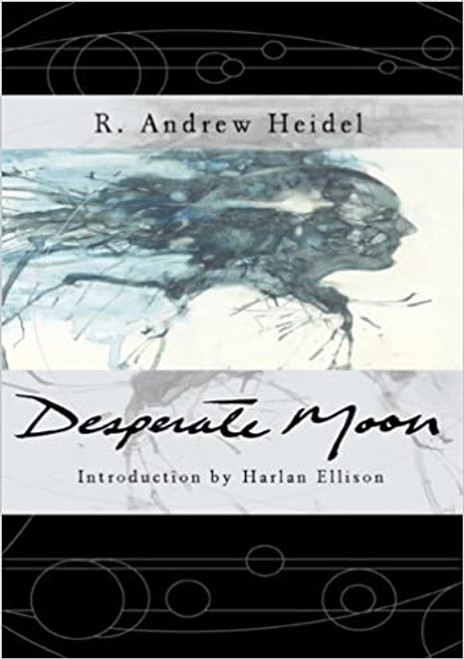