The Centenary Classics series examines the fascinating time of change and evolution in the Ireland of 100 years ago during the 1916-23 revolutionary period. Each volume is introduced by Fearghal McGarry who sets the scene of this important period in Ireland's history. Civil War in Ulster, originally published in 1913, analyses the events leading up to the massive arming of the Orangemen which followed the Larne gun-running. Joseph Johnston was an Ulster Protestant writing as a liberal supporter of Home Rule. He gives the book's target Protestant readership an outline of recent Irish history, making the case that Home Rule had many positive features, and that none of the perceived negative features would be worth fighting a civil war to avoid. Although Johnston's objective in writing the book was unsuccessful and the point of view has been largely forgotten, his highly readable book provides a fascinating insight into the thoughts and fears of the population of Ulster at a critical time in Irish history and the foreword and introduction, by Tom Garvin and Roy Johnston, give a contemporary analysis of the thinking behind Johnston's unusual stand.

Joseph Johnston (1890-1972) had a distinguished career as a Fellow of Trinity College Dublin and as a Professor of Applied Economics; he served in the Irish Senate on several occasions, and on various Government commissions on agricultural topics. His son, Roy Johnston, is an applied-scientific consultant. He was associated in the 1960s with the attempted politicisation of the republican movement in the context of the Civil Rights Movement's demand for democratic reform in Northern Ireland. Tom Garvin is Professor Emeritus of Politics at University College Dublin. Fearghal McGarry is a lecturer in Modern Irish History at Queen's University Belfast.

Introduction - Object in Writing
The Supposed Danger in Protestantism
Church and State in Various Countries
Objects of Ulster's Resistance
Importance of Ulster to the Unionist Parties
Probable Course of Events
Ireland from 1782-1800
Ireland from 1801-1870
Ireland from 1871 to the Present Day
Examination of the Home Rule Bill
Appendix. 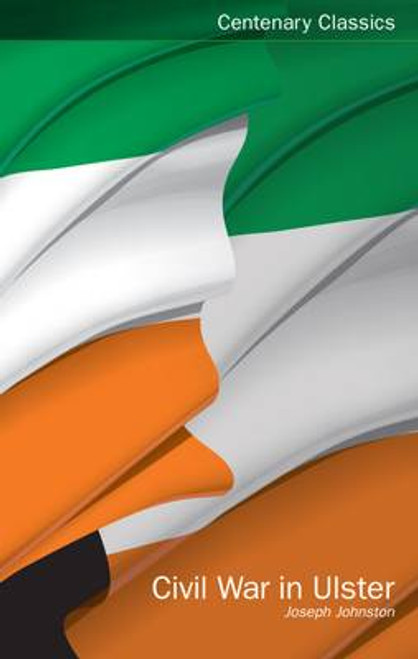