Jonasson, Jonas / The Hundred-Year-Old Man Who Climbed Out of the Window and Disappeared

In 1994, hip-hop was going through an at-times painful growth spurt. Since N.W.A. and Ice-T's ascent in the late 80s, the rap game was no longer owned by the East Coast. After the worldwide popularity of Dr. Dre's The Chronic in 1992, things were looking even worse for hip-hop's hometown. The East Coast / West Coast feud that would later indirectly claim the lives of Biggie and 2Pac was still in its infancy, but New York needed a shot in the arm. The hype behind young Queensbridge native Nasir Nas Jones had been in full swing months before his smash debut album Illmatic, thanks to Columbia Records' promo machine. From his earliest appearance on Main Source's Live At The BBQ, to his own accomplished debut Half Time (as Nasty Nas, in late 1992), it was clear that this kid was something special. In fact, the pressure on him must have been overwhelming at times. April 19, 1994 couldn't have come soon enough. And as soon as the first lines of N.Y. State Of Mind kick in, bolstered by perhaps DJ Premier's darkest beat of all time, the entire East Coast breathed a collective sigh of relief. God s Son had arrived. Backed by an absolute all-star cast of New York's top-shelf producers Premier, Pete Rock, Large Professor, Q-Tip and a youngster named L.E.S. the album never lets up. Serious to a fault, and lyrically dense to an extent that has possibly never been matched, the 20-year old Nas stood on the shoulders of his predecessors and proudly proclaimed, 'Don't f*** with the East... we are BACK'. Illmatic was actually a slow-burn, which might surprise fans that have come to its genius more recently. Despite an unheard-of 5 Mics rating in The Source breaking an unwritten rule of never awarding classic status to debuts it didn't go gold until early 1996, and didn't hit platinum status until late 2001. But when you dive deeper that shouldn't be a shock: like Black Moon and Wu-Tang s debuts, it was a dark, hard record, made for heads in New York, not teeny-boppers in Des Moines. There were no dance beats, no crossover love songs. Just boom-bap and rhymes, skills and heart. The LP is packaged with full lyric insert and poster, promotional photos, and a re-creation of Columbia's original press release. 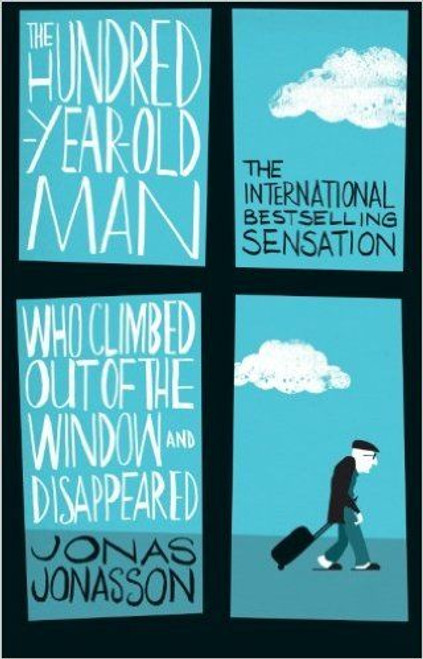 Jonasson, Jonas / The Hundred-Year-Old Man Who Climbed Out of the Window and Disappeared