The screenplay for the renowned musical The King and I was based on this title -  Anna and the King of Siam, written in 1944 by Margaret Landon. ... The book took inspiration from the memoirs of a lady called Anna Leonowens, who spent several years living among the Siamese Royal Family.  In the early 1860s, Anna Leonowens, a widow with two young children, was invited to Siam by King Mongkut, who wanted her to teach his children and wives the English language and introduce them to westernised customs.

This is a reprint edition from 1958, with a cover image from the film tie in, starring Yul Brynner and Deborah Kerr. 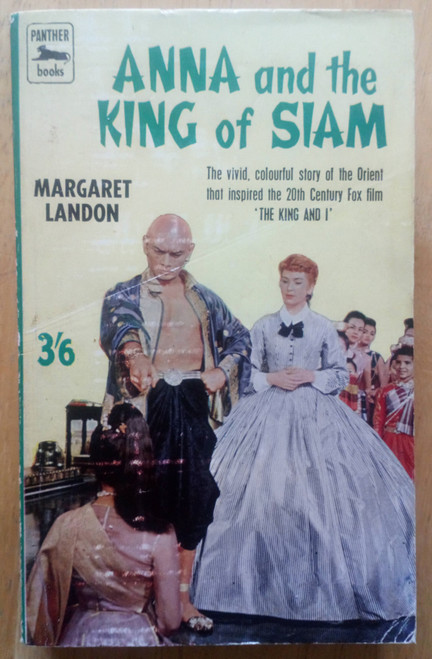