Winner of the CBI Children's Book of the Year Judges Special Award for 2017.

Stunning illustrations, a lavishly-produced music CD, songs about the four seasons that children and former children will love. Bliain na nAmhrán, ( A Year of Song)  already well-known in CD form, is sure to find a new audiencein this lavishly-produced book/CD edition.

A beautiful hard-backed collection of Irish-language songs of the seasons. Originally released in CD form in 1997,  the CD is completely re-recorded, now featuring a new generation of Futa Fata voices. 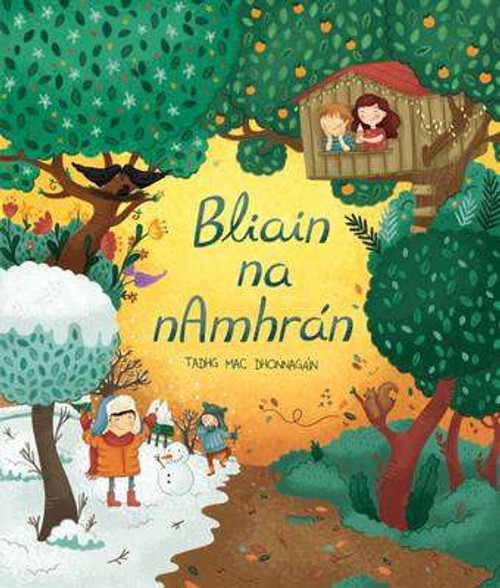