The Oath of Allegiance clause in the Anglo-Irish Treaty of 1921, which obliged all elected representatives to swear allegiance to the British monarch, was perhaps the major immediate  cause of the Civil War. The anti-Treatyites were defeated in the short sharp war that followed,  but Sinn Féin emerged with forty-four Dáil seats in the 1923 general election. Gradually, Sinn Féin leader Éamon de Valera became convinced that the party's policy of abstaining from Dáil Éireann because of the Oath was untenable. In 1926 he proposed 'that Sinn Féin elected deputies enter the Dáil or Six-County Assembly if the Oath of Allegiance were removed.'

His motion was defeated and he resigned as President of Sinn Féin, afterwards founding a new political party, Fianna Fáil. In the general election of June 1927, the vast majority of Republican voters voted for Fianna Fáil and forty-four of the party's deputies were elected. These deputies declared that the Oath was just 'an empty formula' and took their Dáil seats. After a long political battle, Fianna Fáil, backed by the Labour Party, pushed a Bill through the Dáil and Senate to abolish the Oath in May 1933. Although initially the British government regarded this as a breach of the 1921 Treaty, it finally accepted the abolition of the Oath in 1937 when de Valera's new constitution was endorsed by referendum.

Maher's detailed account examines the rise of Fianna Fáil, and the role the Treaty Oath and divisions over the CIvil War played in Irish political affairs in the early years of the Free State and long after the treaty. 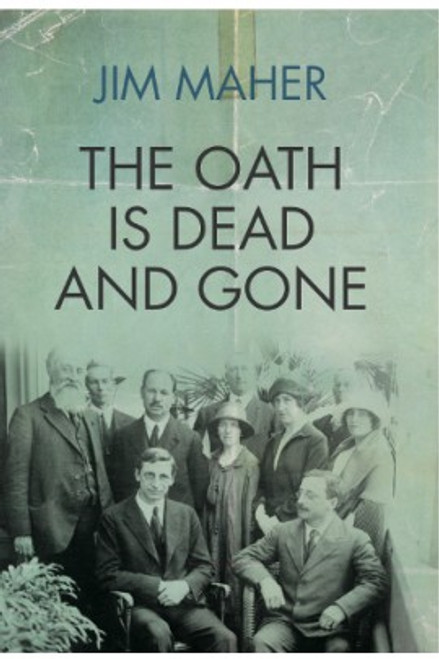