The Voyage of Mael Duin is a 1990  modernisation in the form of a novel, based on the ancientIrish text in the Boo of Lecan The novel was Aakhus' first published book, and retells the ancient Irish legend of Mael Duin, an adopted son of a chieftain's widow who accidentally learns of his true parents.

The child of a fierce warrior and a young nun Mael Duin is orphaned when his parents are brutally murdered. He is subsequenty fostered to a queen who raises him as her own and as future heir. He then comes to discover his true parentage, and embarks on a journey of revenge following the raiders into unknown western seas- to a series of magical islands, some allegorical, some based on other travel myths throughout the Irish tradition ( such as the Voyage of Bran and St Brendan)

This edition Wolfhound Press, Dublin. 1991, the US edition preceded it in 1989.  Closed tears and creases to teh edges of the dustjacket ( visible in photo) , internally unmarked. 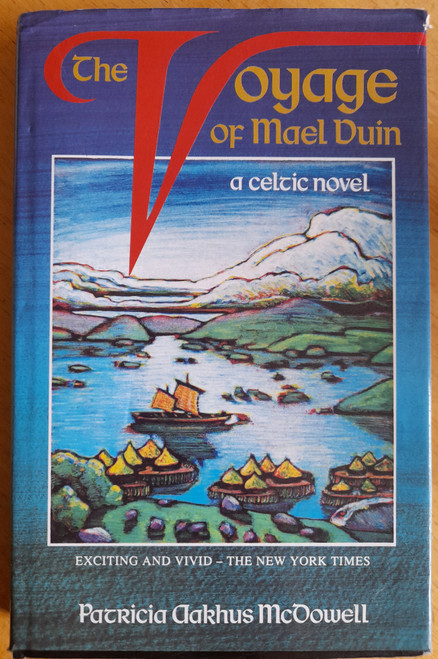