While Empress Maria Teresa of Austria was trying to recover Silesia from the Prussians, a subject of hers was born in Salzburg, Mozart, and, further south, Canaletto gave the first brushstrokes to his Capriccio con edifici palladiani. During the signing of the Treaty of Paris, which put an end to the first great global conflagration that the movement of the Austrian empress had unleashed, the Seven Years' War.

Rousseau published in Amsterdam The Social Contract or the Principles of Political Right and, in the eastern confines of Prussia, Kant pointed out the paths that all future philosophy would follow.

The 18th century is a century of profound contrasts. It is the moment of the estate society, of the absolute predominance of the power of the crowns, of administrative centralization and of social immobility. It is the Age of Enlightenment, where critical thinking and scientific progress are building a rational order that pursues social justice.

David Ogg, a prestigious historian from the University of Oxford, recounts with a nimble pen both the political, economic and diplomatic conflicts that spanned the 18th century, as well as the great cultural and scientific milestones that the Enlightenment bequeathed us."

First published in 1965, this is 1973 edition,heavy  tanning to the page block. A standard work on pre French revolution Europe. 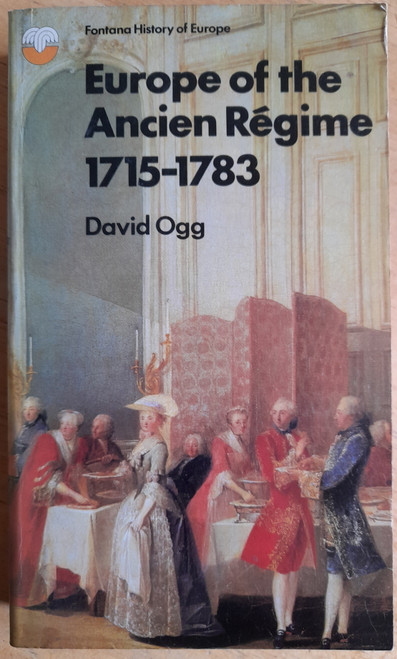