John Joseph "Jonjo" O'Neill (born 13 April 1952) is a National Hunt jockey who was born in Castletownroche, Cork. He is now a hugley succesful trainer based at the Jackdaws Castle training establishment in England. O'Neill twice won the Champion Jockey title (1977-78 & 1979-80) and won the Gold Cup on the mare Dawn Run who became the only horse to complete the double of winning the Hurdle and the Gold Cup at Cheltenham He won 900 races as a jockey.

This is a hardcover first printing of his 1985 autobiography, published by Stanley Paul UK, Illustrated. 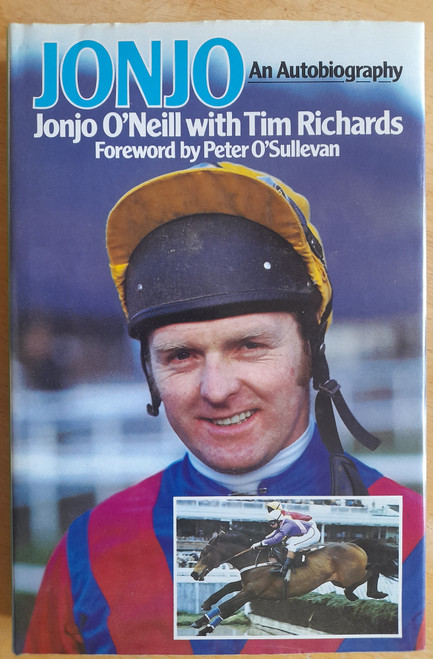