Ireland’s Middle Kingdom or Midhe once stretched from the Shannon to the Irish Sea. Created in the Iron Age as Ireland’s fifth province, it soon became the richest and most powerful of them all. For over a thousand years, meetings of the Irish kings and tribal leaders were held at the Hill of Tara, and many of the High Kings were chosen from the Middle Kingdom. After the Norman invasion of 1169, Henry II made the kingdom his royal province, renamed Meath and appointed Hugh de Lacy as his chief justiciar or deputy. Hugh de Lacy built his great castle at Trim as the central stronghold of Norman power. But over the next three centuries, Norman power was beaten back to “within the Pale” and in 1545 Henry VIII divided the royal province into east and west, abandoning Western Meath to the “unruly Irish”. Thirty years later, his daughter, Queen Elizabeth, divided Western Meath again into two counties, Westmeath and Longford. Most of the coastal part of Meath had already been divided off as Co. Louth.

This is the first guide to explore exciting places across the four counties of the old Middle Kingdom, beginning in time with the great Stone Age monuments at Brú na Bóinne until the present day. It takes in historic towns and castles, abbeys and churches, gardens and follies, pristine lakes to swim in and hills to climb. Illustrated throughout, it is divided into 8 sections, each with its own map. This is the perfect guidebook for travellers or for those simply wishing to explore the countryside around them.

VALERIE PAKENHAM came to Ireland in 1964 and has lived for over 55 years on the borders between eastern and western Meath. She has written Dublin, a Traveller’s Companion, (Little Brown), 1988; an anthology of The Big House in Ireland, (Cassell), 1998; and most recently has edited a book of Maria Edgeworth’s Letters from Ireland (Lilliput Press), 2017. She is married to writer and historian, Thomas Pakenham who has taken many of the pictures for this book. They have four children and eleven grandchildren. Her great pleasure has been exploring with them over the years the beautiful landscapes around her and swimming in the Westmeath lakes.

PRAISE FOR BOOKS BY VALERIE PAKENHAM:

Dublin, a Traveller’s Companion, 1988.
“Erudite and practical simultaneously...A wonderfully rich view of our city’s heritage and a story for every stone.” Irish Independent

The Big House in Ireland, 1998.
“Valerie Pakenham has covered every aspect of life in the Irish big house...an unmitigated delight.” Irish Times 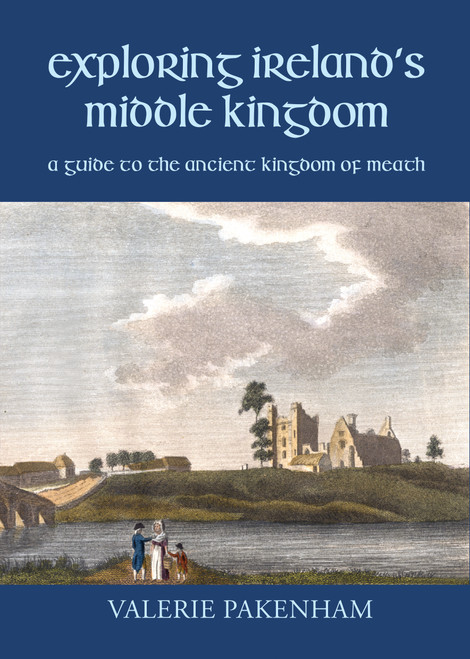