Stephen Potter was an interesting writer. He made a name for himself in the 1930s with one of the earliest book-length studies of DH Lawrence, and then as the editor of the prestigious Nonesuch Press edition of the selected works of Coleridge. After that he went into the BBC, where he worked as a radio producer for years.

During Potter's time in the BBC his gift for comedy made itself known in a small-scale way, but nobody predicted that "Gamesmanship", published shortly after the Second World War, would not only make him famous but also cement a crucial word into the English language. The book "Gamesmanship" is, to all appearances, a serious summary of recent research into (as the subtitle suggests) "the art of winning games without actually cheating". It sketches details of "ploys", "gambits" and "hampers" designed to throw one's opponents off their games and psychologically undermine them, without doing so in a way that is liable to cause offence or alert them about what's going on. The truth is, of course, that the "research" is all made up. Potter simply observed what he and his friends did, and made up the rest.

For example, consider the hoary old snooker-player's trick of standing in one's opponent's line of sight. "Gamesmanship" rejects this as unsporting, on the grounds that it's just plain rude. Far more damaging is to behave as though one is worried that someone -else- is standing in one's opponent's line of sight. This has the double effect of frazzling the opponent and making him feel like he owes you one.

Ultimately, of course, this is not a serious handbook at all but a sublimely comic and subversive work about English manners. (Yes, English. There is little about Potter's work that isn't about a pretty traditional kind of Englishness, although the later "Supermanship" reflects his experiences in America.) The central joke of Potter is that every kind of traditional English "nice chap" behaviour is capable of being deployed ruthlessly as a weapon of social combat. Potter's genius was to realise that social embarrassment was at the heart of so many different kinds of social interaction in England, and perhaps in all of the UK; all one had to do was codify a way to make other people feel vaguely ashamed of themselves, and sporting and social success was yours for the taking. In his deadpan, forensic, genial way, Potter is as funny as Wodehouse and arguably more cutting and satirical. A small part of the fun lies in spotting the guest appearances of his friends: such minor but colourful figures of mid-C20 English cultural life as C.E.M. Joad, Joyce Grenfell and Maurice Baring all turn up as seminal figures in the painstaking codification of Gamesmanship. 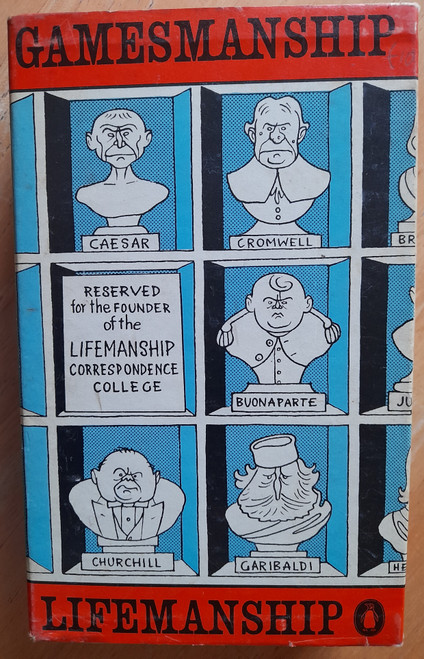