Echoes from a Civil War tells two stories of violent death in rural Ireland during the 1920s.

In December 1925, at Fanore, north Clare, Guard Thomas Dowling was cut down at night by shotgun blasts aimed at him from behind the cemetary wall as he cycled past on routine duties. Four years later, in 1929, a young CID detective, Tadhg O'Sullivan, died in a field at Tullycrine, west Clare, in a massive bomb explosion that mutilated his body beyond recognition. The deaths were not directly connected, linked only by the fact that both took place in communities torn by years of internal strife, that had begun with land disputes of the early century and extended to the unrelenting warfare that stretched from 1919 to 1923, the period of the War of Independence and Civil War.

In this riveting book, Joe Queally analyses these shocking incidents for the first time, placing them firmly in historical context. He identifies the main protagonists in each case, describes in detail the progression of events, the reaction of authorities to each killing and their frustrated attempts to bring those responsible to justice.

Based on a wide range of sources, reinforced by skillful and sensitive use of the oral history of each community, the memories of people who lived through it, and which he has carefully gathered over two decades, this is a fascinating book, which should be read by anyone interested in the Civil War or the history of community conflict.

Our copies will be availaable from Tuesday 16th November, and will be signed by the author .

'Joe Queally is about as connected to the roots of County Clare as any man can be, and for decades has nurtured its culture, history and heritage ... a deeply condidered and admirable work.'
- Dr Tomás Mac Conmara

tracked courier delivery within irelnd via GLS included in the cost. 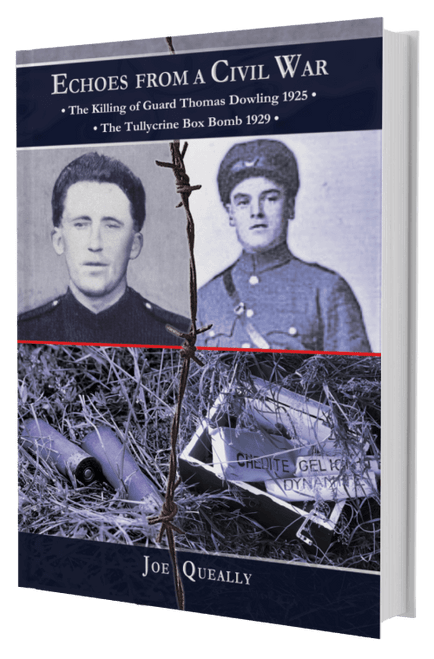