Roger Bootle / Making a Success of Brexit and Reforming the EU

"I recommend our diplomats and ministers read this book: it will provide them with an intellectual backbone. On the big calls [Bootle] has a spectacularly good record." Dominic Lawson, The Sunday Times

"Bootle is right on every count." The Guardian

HOW BREXIT WILL WORK FOR BRITAIN AND EUROPE

Making a Success of Brexit and Reforming the EU is the extensively revised and expanded post-Brexit edition of the acclaimed The Trouble with Europe. Following Britain's vote to leave the EU and the ensuing uncertainty in both Europe and the UK, here, one of Britain's best known economists Roger Bootle, charts a way forward for all.

For Leavers and Remainers alike, this book analyses the choices the UK faces about its relationship with the EU - and the rest of the world. It discusses the key issues concerning a 'hard' or 'soft' Brexit, Free Trade Agreements, the Single Market and the Customs Union, as well as the principles and pitfalls of the negotiating process.

Meanwhile, with or without Brexit, the EU faces an existential crisis. It needs to choose between three different paths: radical reform, further integration or break-up. This book assesses the costs and benefits of each, concluding with a version of how the world would look without the EU.

Bootle's exemplary outline of the origins and historical context of the EU is retained from the previous edition, where he acknowledges the remarkable achievements of the EU, before laying out the shortcomings which have led to the parting of the ways with Britain.

This is the essential read as the Brexit negotiations progress. 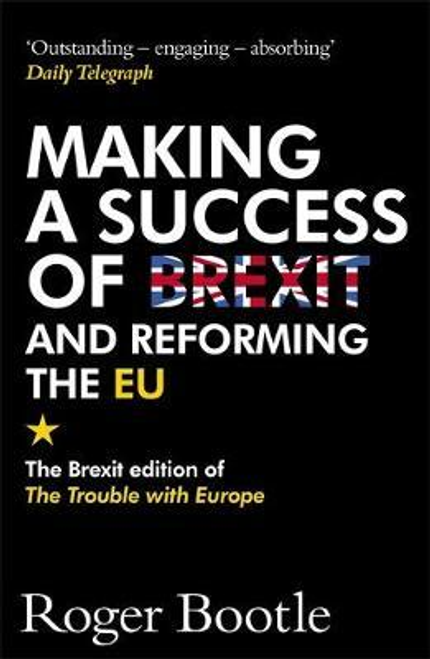 Roger Bootle / Making a Success of Brexit and Reforming the EU