Ever hear of the man who walked upside down? The guano mummy? The four-ton Chinese giant? The disembodied singing head of Anthropoglossos? Whenever a mysterious curiosity arrived in Victorian London, people knew there was one man who would always be at the scene: Frank Buckland. A barrel-chested surgeon chomping an ever-present cigar, Buckland was one of the most outsized eccentrics of his time -- a naturalist who seriously proposed kangaroo-and yak-ranching in England, and a raconteur whose home was filled with a freakish array of stuffed animals, grinning skulls, and an all-too-alive gang of monkeys that snatched food off visitors' dinner plates. Rescued after a century of obscurity, and culled from thousands of pages of Buckland's eyewitness accounts, Curious Men rediscovers 18 tales from one of the most curious men of all. 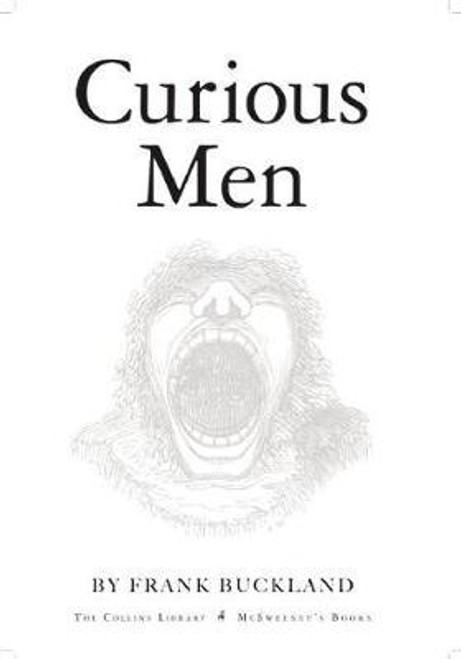