The history of Roscommon in the 1912–23 period is one of transition to new political allegiances while retaining old economic desires. Almost wholly dependent on agriculture to fuel the local economy and sustain the county’s people, the fight for land was the ever-present backdrop to Roscommon’s recent history. By 1912 the organization that had provided leadership in that fight – the Irish Parliamentary Party – was on the cusp of achieving Irish home rule, a measure believed to have the potential to settle the land issue. The need to protect the bill saw thousands in Roscommon join the Irish Volunteers and proclaim their opposition to anti-home rule unionists. The First World War led to the suspension of home rule and a call by Irish MPs for their followers to support the British war effort. However, a combination of increasing wartime prices, inadequate food production, ongoing land issues as well as the toleration of partition by local MPs and the draconian British response to Easter 1916 caused many in Roscommon to reassess their political allegiance. Sensationally, in February 1917, Roscommon elected the first Sinn Féin-backed MP. This proved a decisive step in the demise of the Irish Parliamentary Party and the success of Sinn Féin, which reinvigorated the fight for the land as part of its efforts for a republic. In 1919, Roscommon men took up arms against the British to pursue Sinn Féin aims, only to turn the weapons on one another three years later when conflict over the continued pursuit of the Irish Republic led to civil war. In tracing the history of Roscommon during these years of instability, Burke’s careful research has produced a comprehensive and accessible study that illuminates and explains the changes and continuities that defined the period.

John Burke holds a PhD in history from National University of Ireland, Galway. Among other works, he is the author of Athlone, 1900–1923: politics, revolution and civil war (Dublin, 2015). 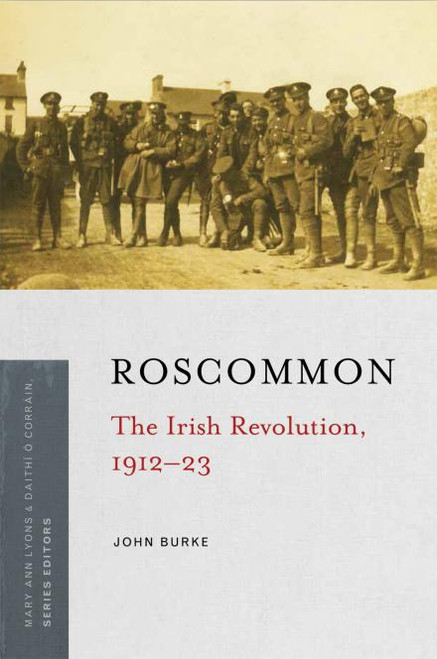