Carthy, Marie / In Search of John : The Abbeylara story of depression, loss and a sister's quest for justice (Large Paperback)

John Carthy was an average guy, a hard-working young man devoted to his mother and sister, who also happened to suffer from depression - in common with one in four Irish people today.

But in April 2001, in the grip of a bi-polar episode, John was shot dead by gardai after emerging from his home in Abbeylara after a 25-hour stand-off. It was a shooting that could have been avoided. What had begun as a private family happening in a small Irish town had quickly turned into a national media event, with journalists given more access to the scene than ultimately even his own sister was allowed.

In the wake of his death Marie Carthy fought relentlessly for an independent inquiry into her brother's shooting, withstanding personal humiliation and attempts to discredit her along the way. Six years on she and her mother Rose found themselves vindicated by the findings of the Barr Tribunal. Yet nothing can ever bring John back.

In Search of John is a tribute to a beloved brother and son. From their carefree childhood as inseparable siblings to the untimely death of their father when they were teenagers, it describes the onset of John's depression and how he learned to cope with his illness. It also tells the family's story in the grim aftermath of his death, and how their pledge for justice in his name kept them fighting throughout the darkest of days. 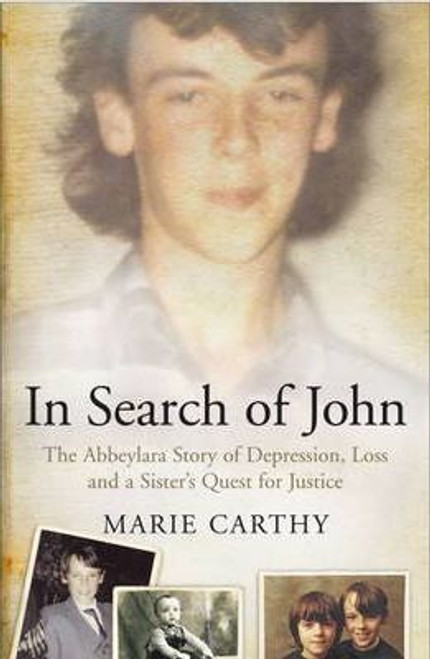 Carthy, Marie / In Search of John : The Abbeylara story of depression, loss and a sister's quest for justice (Large Paperback)