Bricks and Flowers by Katherine Everett was originally published in 1949 and received excellent reviews. This extraordinary memoir tells of the author’s difficult upbringing in Cahernane House near Killarney where her mother brought her up on the Peerage and Anglo-Catholic theology.  She was eventually rescued by an aunt and brought to England, where she studied art. Her subsequent career largely involved gardening and building, mainly in England, but also in San Martino near Florence and in a large house outside Dublin during the Civil War. Her book also contains fascinating descriptions of some of her many friends and acquaintances, including Oscar Wilde, George Moore, Augustus John and Rodin.

‘These are enchanting memoirs.’ The Sphere

"Hers is the wittiest and most self definingly eccentric account of Anglo-Irish talent, taste and sheer resistance to extinction I’ve read. It brings a vanished world alive."
Caroline Jackson, Country Life

"This timeless memoir is packed with anecdotes, and sparkles with vitality" Lavinia Greacen Books Ireland

The author Katherine Everett was born in 1872 in Cahernane House just outside Killarney in County Kerry, one of five children of Henry and Catherine Herbert. She subsequently moved to England and attended the Slade School of Art and married a fellow student, Herbert Everett. She was somewhat nomadic, living variously in British Columbia, Italy, Ireland (where she got involved in the Civil War) and various parts of England, but eventually found her métier as a house-builder and garden designer. Her much acclaimed memoir, Bricks and Flowers, was published in 1949, and she later published a book of short stories called Walk with Me. She died in 1954. 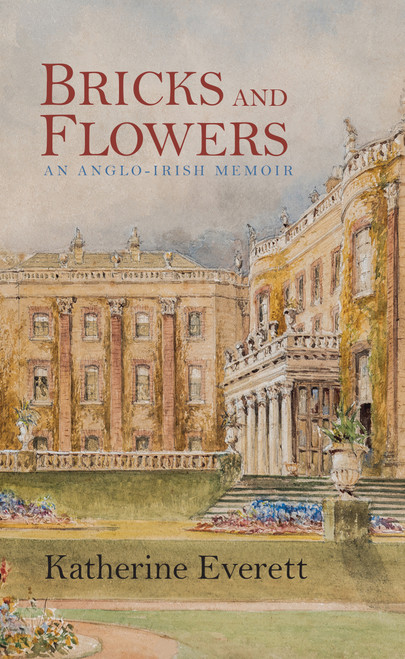