Faletti, Giorgio / I Am God

A serial killer holds New York in his grip.

He does not choose his victims. Nor does he watch them die. But then there are too many of them for that.

The explosion of a twenty-two storey building, followed by the casual discovery of a letter, lead the police to face up to a dreadful reality: some of New York's buildings were mined at the time of their construction. But which ones? And how many?

A young female detective hiding her personal demons behind a tough appearance, and a former press photographer with a past he'd rather forget, and for which he still seeks forgiveness, are the only hope of stopping this psychopath.

A man who does not even claim responsibility for his actions.

A man who believes himself to be God.


Praise for the Giorgio Faletti:

'In my neck of the woods, people like Faletti are called larger than life, living legends' - Jeffery Deaver.

I Kill is one of those bestsellers that proceeds at a cracking pace and presses all the right buttons with clinical efficiency. Giorgio Faletti's thriller is set in Monte Carlo, home to so many obnoxious millionaires and their trophy girlfriends that what the city really needs is a serial killer. Enter just such a killer .. The writing has no great literary pretentions, but then it does not have to. The plot is the thing. Sunday Telegraph.

'The best selling first novel by Giorgio Faletti . . . has been defined as a masterpiece and Faletti himself as the best living Italian writer.' Corriere della Sera. 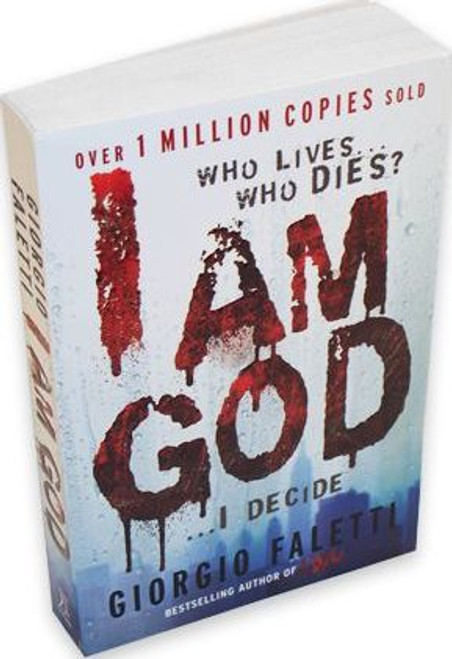 Faletti, Giorgio / I Am God