First published in 1942 ( under teh slightly different title 'The Pre-Raphaelite Tragedy' , this is a 1943 reprint society edition , hardcover illustrated throughout with b7w reproductions of a number of distinsctive artworks from teh Pre Raphaelite School of late 19th ecntury artists.

William Gaunt (1900–80) was an artist and art historian. After serving briefly with the Durham Light Infantry in the First World War, Gaunt went on to Worcester College, Oxford, and graduated with honours. He completed an MA at the Ruskin School of Drawing and found work as a painter, art historian, art critic, novelist and travel book writer. During the Second World War he was commissioned by the War Artists’ Advisory Committee to paint London bomb sites, notably painting a watercolour of the ruins of St Anne’s Church, Soho. Gaunt was drawn to the Pre-Raphaelites, whom he considered to be underappreciated, and wrote his most enduring book on the subject, The Pre-Raphaelite Tragedy (1942), followed by further studies of Victorian art, The Aesthetic Adventure (1945) and Victorian Olympus (1952). 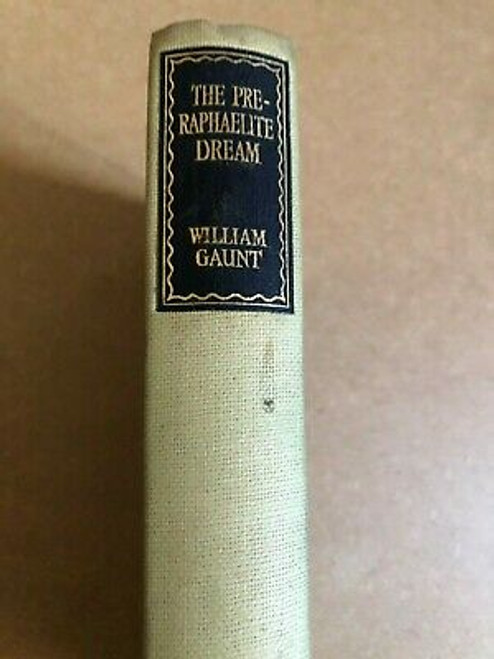