Three years in the life of Homer 'Sonny' Hickam, from the moment he sees the Sputnik satellite overhead in West Virginia to his successful launch of a prizewinning rocket. A nostalgic and lyrical memoir of growing up in rural West Virginia in the 1950s and one boy's dream to rival the Russians in the race for space. In 1957 in Coalwood, West Virginia, a town dominated by the black steel towers of the mine and the coal waggons, for a fourteen year old boy there are two routes in life: a football scholarship to college or a life underground. "Sonny" Hickam, the mine superintendent's younger son, is too small for the football team. But his destiny is altered when the town turns out to watch the Soviet Sputnik satellite pass overhead. From that moment, Homer Hickam and his friends determine that they will form the Big Creek Missle Agency and build an American rocket. This is the true story of the boys' adventures from the moment their first rocket, Auk 1, destroys the garden fence and the lovingly tended roses. Supported only by a tolerant mother and a father who turns a literally blind eye, Sonny gradually entrances the entire town to support his enterprise, which eventually is entered for the National Science Fair. He is the first boy from Coalwood ever to enter and among the judges is Werner von Braun. October Sky is the story of a a group of young enthusiasts whose ambition revives an industrial town in decline. They are emblems of a better future, of a life outside the vicious confines of the pit, of a world beyond the imagination. This is a sensitive, funny, brilliant tale of boys besotted by a dream: they want to build a rocket 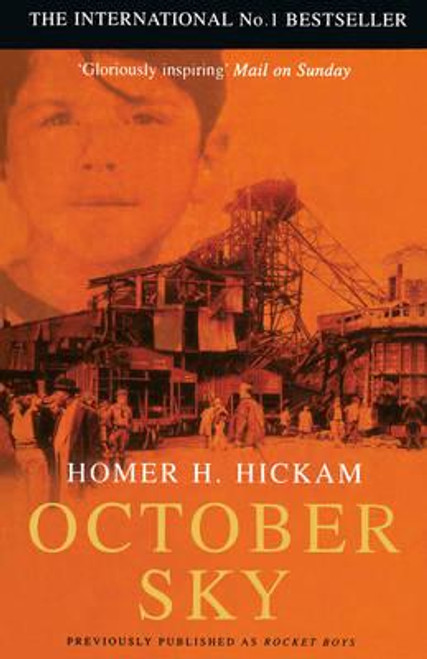