Welcome to the World's Toughest Cops. This is a no holds barred look at a the people who risk their lives to serve and protect, in the front line of a war against drugs, gangs, gun crime, violence and smuggling. Vinnie Jones' Toughest Cops brings together stories from the two ITV4 series of the same name in a fascinating, thrilling and often shocking read - in which we meet and get under the skin of the men and women who have dedicated their lives to serve and protect in ten of the most dangerous beats in the world. Vinnie takes the reader into the jungles of Colombia -- where Sub-Lieutenant John Orejuela of the Special Ops Commando Unit leads a secret mission to take out a terrorist camp -- and goes on patrol in the Californian suburb of Compton, following the cops caught up in a deadly cat-and-mouse game with the gangs of South Central LA.
He recounts the struggles of officer Andre Steyn of the Flying Squad against car-jackings and armed robberies in the desperate streets of Durban, South Africa and joins the few good men trying to police the back-alleys and no-go zones of New Orleans, where the aftermath of Hurricane Katrina has seen a tidal wave of violent crime flood the city. Vinnie forged a reputation as a tough guy on the football pitch, and in America he now has a successful career in the cut-throat film business. But even he is in awe of the men and women who are trying to police the most dangerous areas on the planet. If on the pitch he followed Orwell's assertion that 'football is war minus the shooting', here he's discovering what life is like for those dealing with a real war -- with real shooting. 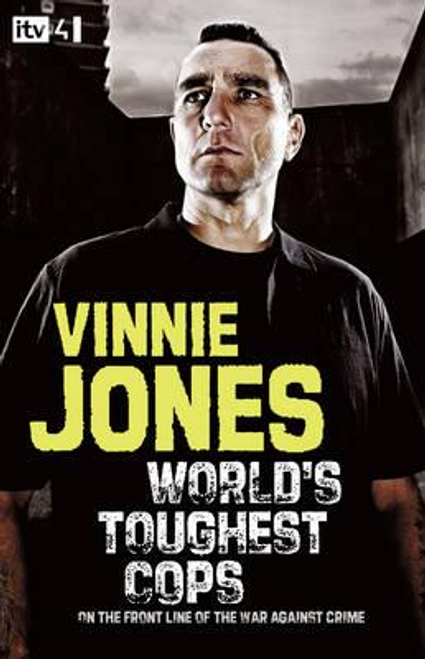