Kelly, John / From Out of the City (Large Paperback)

Dublin, some years from now, and the President of the United States has just been assassinated during a state dinner in his honour. The official account has already taken hold but a hawk-eyed octogenarian named Monk, believing that there's nothing that cannot be known, has a version of his own -- a dark and twisted tale of both the watcher and the watched.Nothing gets past a man as invisible as me, he says, introducing us to a cast of damaged characters he has kept under the strictest surveillance for years. Chief among them is Schroeder, recently sacked from Trinity College, where he once taught the Presidential daughter, and is now wandering the city streets in a medicated fugue as sinister and violent events begin to take control of his life. But this, says Monk, is no thriller or invented tale of suspense. It is, he insists, an honest and faithful record of breakage and distress at a time when dysfunction -- personal, local, national, global and even cosmic -- pervades all. A time when everything is already broken and when, in many ways, the shooting of a pill-popping President is neither here nor there. The only thing that matters, Monk tells us, is the truth.And this is why, stationed high in his attic room with a Stoli in a highball, he does what he does. There's divinity in it, he says. And a modicum of love. 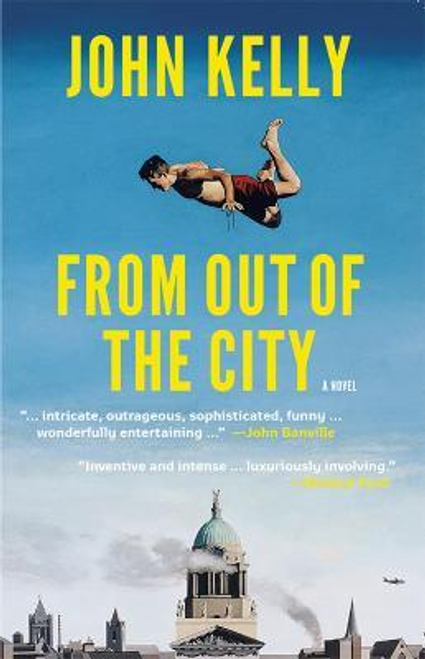 Kelly, John / From Out of the City (Large Paperback)