The New York Times bestselling author of the Bernie Gunther novels reimagines the end of World War 2 in this gripping standalone spy thriller.

Autumn 1943. Since Stalingrad, Hitler has known that Germany cannot win the war. The upcoming Allied conference in Teheran will set the ground rules for their second front-and for the peace to come. Realizing that the unconditional surrender FDR has demanded will leave Germany in ruins, Hitler has put out peace feelers. (Unbeknownst to him, so has Himmler, who is ready to stage a coup in order to reach an accord.) FDR and Stalin are willing to negotiate. Only Churchill refuses to listen. At the center of this high-stakes game of deals and doubledealing is Willard Mayer, an OSS operative who has been chosen by FDR to serve as his envoy. A cool, self-absorbed, emotionally distant womanizer with a questionable past, Mayer has embraced the stylish philosophy of the day, in which no values are fixed. He is the perfect foil for the steamy world of deception, betrayals, and assassinations that make up the moral universe of realpolitik. With his sure hand for pacing, his firm grasp of historical detail, and his explosively creative imagination about what might have been, Philip Kerr has fashioned a totally convincing thinking man's thriller in the great tradition of Eric Ambler and Graham Greene. 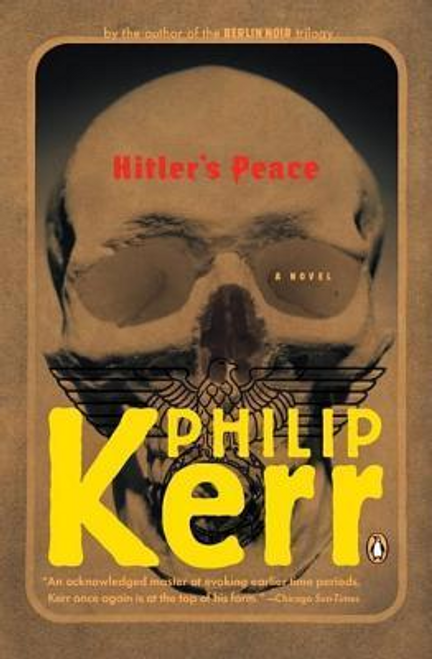