From Robert Ludlum, one of the world's
bestselling storytellers, comes a new novel which
grips and tantalizes the reader as never before:
crammed with tension, action and drama, it lays
bare man's fight against evil, corruption and the
worm in the bud of The State. Jason Bourne, the
hero assassin of The Bourne ldentity and The
Bourne Supremacy, has returned.

It all starts with a cat-and mouse chase to the
death in a Baltimore funfair: the Jackal, Bourne's
age old antagonist, is back, and so too are his
cohorts of 'old men', the faceless watchers
whose destiny it is to avenge and destroy. Bourne
is forced from his idyllic retirement with his wife
and children to confront his enemy, and to
confront too the secret society of Medusa - a
relic of war, now seeking devious power in
peacetime. ln Europe, in Russia, in America, there
are men who would gain control of the highest
places - men, and women, whose lust for power
is disguised by their position and their
respectability.

Jason Bourne has been fie assassin before: older
now, he longs for peace with his family, but the
threat of the Jackal puts in jeopardy all peace;
whilst Medusa, the Snake Lady, spreads her
vicious tentacles from the war torn past into the
vulnerability of today.

Robert Ludlum's latest blockbuster is more
compelling, more powerful than all its
distinguished predecessors.
. All of our books are second hand, and while you may not get the exact copy shown in the picture, all of our books are in very good condition. Removing stickers from a book may damage it, so we refrain from doing so. If you see a price sticker on a book, please ignore it. 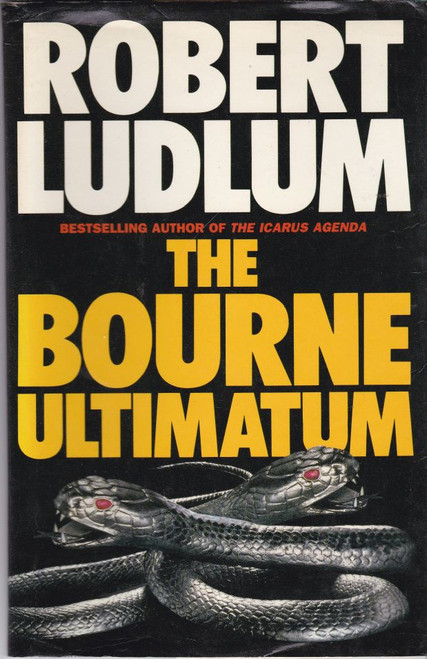