ONE BOY'S POWER TO SUMMON DEMONS WILL CHANGE THE FATE OF AN EMPIRE ...

More demons, epic battles, and fights to the death: introducing the unmissable next instalment in the New York Times bestselling Summoner Trilogy...

On trial for a crime he did not commit, Fletcher must face the Inquisition who will decide his future - the process is gruelling, lead by those who will do anything to see him suffer and haunted by ghosts from the past with clues to Fletcher's tragic origins.
But Fletcher has little time to dwell on these new revelations when the king announces a deadly challenge to the graduating students at Vocans. One that involves entering Orc territory to complete a risky mission. With loyal demons by their sides, commoners and nobles, dwarves and elves must overcome barriers of class and race and work together to triumph. The reward: a fortune in gold, the safety of an empire and PEACE.
With the entire empire watching, Fletcher has much to prove, but there are those out to get him and it soon becomes clear that there's a traitor in their midst, trying to thwart the mission and create unrest within the Empire.
With everything stacked against him, Fletcher must use everything in his power to fight his way to victory.

BONUS MATERIAL: Find out more about Demons in an illustrated DEMONOLOGY - exclusive to this paperback edition. 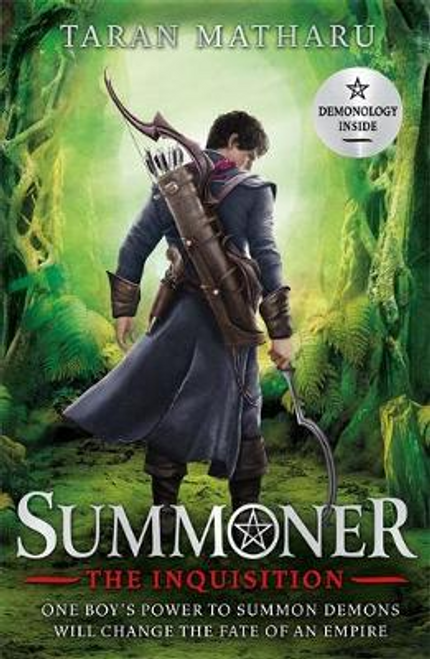