The extraordinary biography of two of the world's greatest athletes - Jesse Owens and Joe Louis. Jesse Owens and Joe Louis have been hailed as American icons for the last sixty-five years, yet they were unfailingly human in everything they achieved and endured: as vulnerable as they were courageous; as troubled as they were brilliant; as restless in themselves as they are now rooted in history. IN BLACK AND WHITE will tell, for the first time, the story of the shared political legacy, extraordinary personal links and enduring friendship between 4-times Olympic gold medallist Jesse Owens, and Heavyweight World Boxing Champion Joe Louis, black athletes born in an America demeaned by racism and poverty. Award-winning sports journalist Donald McRae explores these two most revered of sportsmen whose finest achievements cannot be diminished by their later tragedies; their little-known stretches of debt, despair, drug-addiction and mental illness as they struggled to find a life beyond the track and the ring. It is a deeply personal story of two of the greatest athletes the world has ever known.

Winner of the William Hill Sports Book of the Year 2002 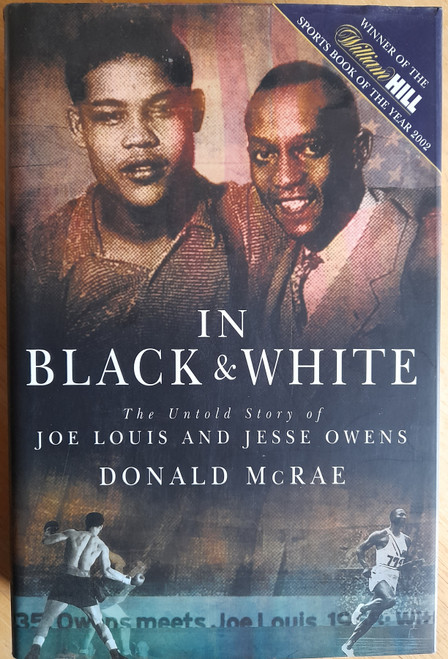