Some light edgewear to the covers. Period price tag from Liam Ruiséal Bookshop in  Cork on inner front cover.

Tells the story of the British Navy through the eyes of one man from the Armada to modern times. This first volume ends with the battle of Trafalgar. After an act of cowardice during Drake's battle with the Armada Matthew Lawe is cursed by a witch to live until he can make amends..

Passion, conflict and infidelity are vividly depicted in this gripping tale of two people and their marriage. Set against the glittering background of glamorous high life in South Africa, New York and Barbados, an idealistic young writer tastes the corrupting fruits of success, while his beautiful, ambitious wife begins to doubt her former values. A complete reversal of their opposing beliefs forms the bedrock of unremitting conflict. Can their passion survive the coming storm...?

CLOSED TEAR to edges of dustjacket, moderate to heavy edgwear to jacket.

A compelling story which charts the steady drift of a young African nation towards bankruptcy, chaos and barbarism. On the island of Pharamaul, a former British Protectorate, newly installed Prime Minister, Chief Dinamaula, celebrates Independence Day with his people, full of high hopes for the future. But the heady euphoria fades and Dinamaula's ambitions and ideals start to buckle as his new found wealth corrupts him, leaving his nation to spiral towards hellish upheaval and tribal warfare. 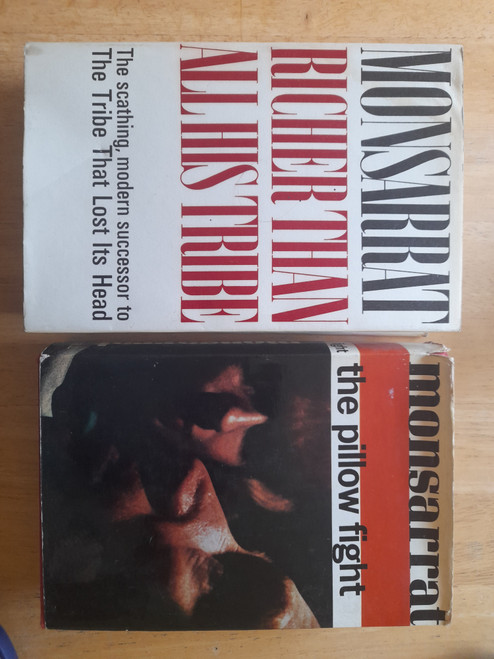