Millions od us have wondered: how does Agnes Brown do it? Keeping her end up while seven grown-up children tear about the fecking place like the eejits don't have a home to go to.

Packed with Mammy's tips for keeping a perfect family - or at least, just a family - as well as contributions from her children, neighbours and other hangers on, Mrs Brown's Family Handbook dispenses endless advice in her fecking fantastic style.

You'll learn:
* Why every mammy's secret weapon is the tea towel
* The dos and don'ts of cleaning up Granddad
* What Dermot doesn't know about farting (not much)
* What Winnie knows about seks (not enough)
* All about the Five-Sausages-A-Day Diet (hint: contains sausages)
* From Maria, all about pain relief in child birth (if it's free, fecking take it)

The must-have gift for any Mrs Brown fan, Mrs Brown's Family Handbook is perfect for equally large and chaotic families, or those in small families curious about what they're missing...

Brendan O'Carroll is an Irish writer, producer, comedian, actor, director and author. He is best known for playing Agnes Brown in Mrs Brown's Boys, which won the best sitcom BAFTA in 2012 and best comedy at the National Television Awards 2020. He has written four films and nine comedy shows, including The Course (1995) and The Last Wedding (1999). He has also published seven novels, including The Mammy, The Scrapper and The Young Wan - a number of which have been translated into 12 languages. 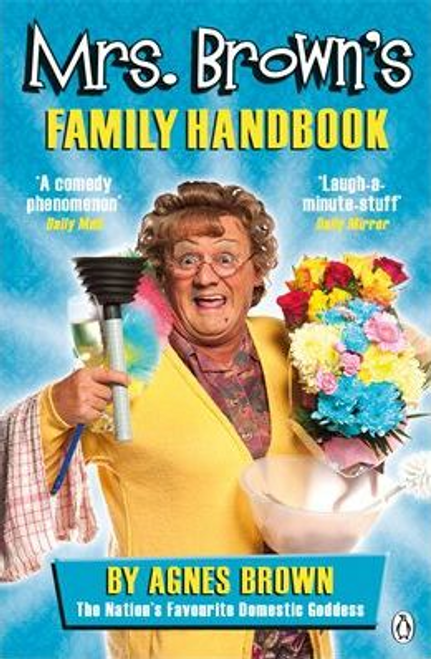