jan Reich studied at Prague's film academy, FAMU, in the 1960s and shortly after kicked off his career by working for various publications. In 1968 when the Russian tanks rolled in, it made him go to France where he stayed a year - but missing Prague, he returned to then communist Czechoslovakia. He photographed like a journalist, wanting to capture that which was disappearing or forgotten. In this book, we see the city in a very grey portrayal, not because the photographs are black and white, but because everything just felt that way during the time ( 1993) . A beautiful and shadowy glimpse into a Prague that is almost sad, waiting to be liberated and free, alive with color once again.

All photographs are black and whiet, shot in the early morning, withouut people or streret traffic - the scity ( even the Charles Bridge) empty of all life.

Creases and light edgewear to cover, Kafka quote handwritten inside front covers, notes from a visit in 1997 written inside back covers. 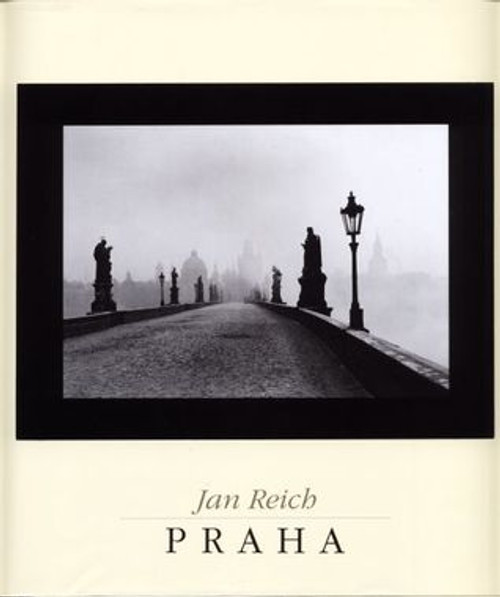