The lowdown on the toughest, sexiest, and beardiest man to ever stalk the earth Since its emergence from the bowels of the internet, the Chuck Norris Fact has roundhouse kicked its way into the world's consciousness with all the vim and verve of its namesake. Singing the praises of his unequaled toughness, his mighty kicking feet, his indestructible beard, his frightening virility, and his ability to stop time by thinking about pineapples, The Truth About Chuck Norris is the one book brave enough to go behind the beard and reveal the real Chuck. Ian Spector, webmaster of the site which started the meme and survivor of a real-life encounter with Chuck himself, has selected the 400 most kick-ass facts from his library of thousands, as well as illustrations as awesome as the man himself. This death-defying volume includes such awe-inspiring observations as:
- A cobra once bit Chuck Norris's leg. After five days of excruciating pain, the cobra died.
- Chuck Norris can charge a cell phone by rubbing it against his beard.
- When an episode of "Walker, Texas Ranger" aired in France, the French surrendered to Chuck Norris just to be on the safe side. - Chuck Norris was the first person to tame a dinosaur.
- Chuck Norris once visited The Virgin Islands. Afterward, they were renamed The Islands.
- Every piece of furniture in Chuck Norris's house is a Total Gym. A must-have paean to the archetypical American male and a bible of all things Chuck, The Truth About Chuck Norris is easily the most important book of all time. AN UNAUTHORIZED PARODY 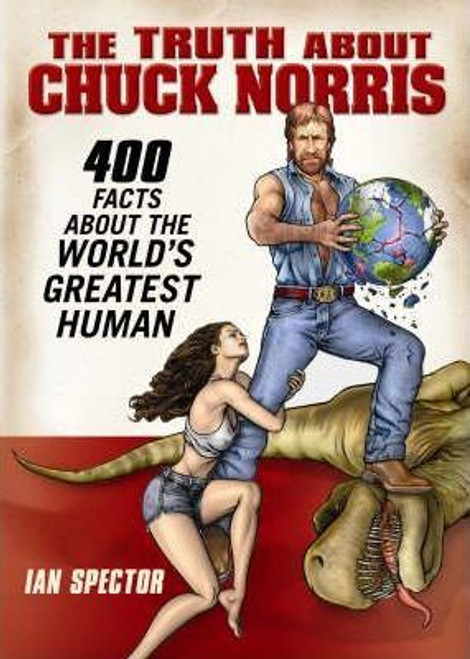