St Sebastian's School in Grimesford is the pits. No, really - it is. Built on the boggy remains of a medieval plague pit, this once proud school's dodgy nineteenth-century foundations are causing it to slowly subside. Every year it sinks a little further into the ground, and every year the ghosts of the plague victims underneath become more disgruntled. All they want is to rest in peace, but during term time all they hear is the clatter of hundreds of pairs of high school kids' feet overhead. The ghosts - egged on by their spooky ringleader, Edith Codd - decide to get their own back, and they're willing to play dirty. Really dirty. They swarm into the St Sebastian's sewer system and start to kick up a stink the only way they know how. Popping up through pipes and taps, they invade the school, morphing into monsters and zombies, performing possessions and hauntings, and generally causing as much mischief as in inhumanly possible. But the ghosts haven't reckoned on three friends in year seven; James, Alexander and Lenny.
Together, the boys prevent a plague of zombie nits from turning everyone at St Sebastian's into the walking dead, save their school from an unusual invasion and finally thrash rival school St Mary's at football with a little help from a fiend. 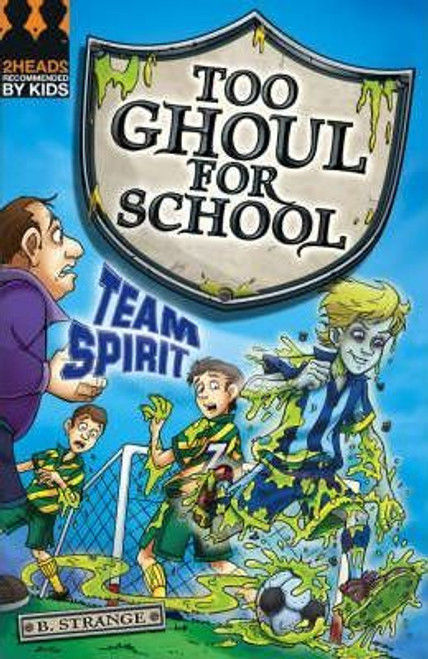