Birr Military Cemetery: a history of the cemetery and those interred there - published 2020, signed copies available now 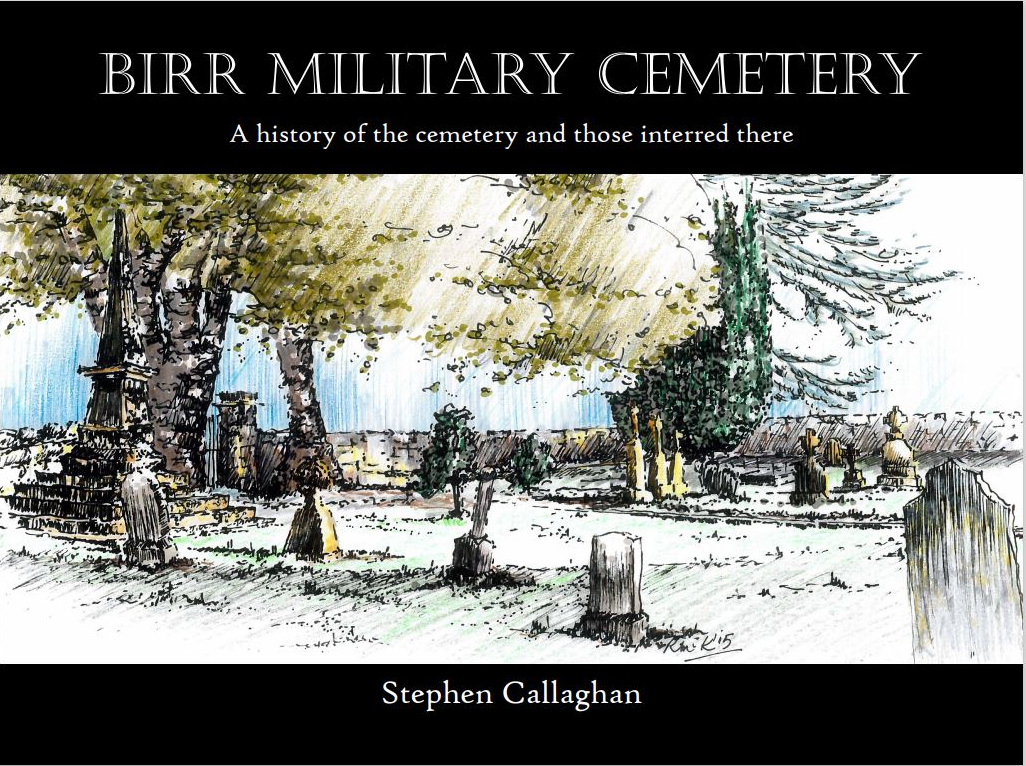 cemetery served the burial requirements of the military in Birr Barracks. The barracks was

constructed between the years 1809-1812 as a response to the Napoleonic Wars. The

initially could hold just over 1000 men, this number decreased and sanitary regulations

were introduced. Initially military burials were conducted within the towns pre-existing

cemeteries, however they soon became overcrowded and neglected. The army were not

opening their own cemetery on the ‘Fourteen Acres’, the training grounds attached to the

barracks, in 1853. This new cemetery acted as the burial ground for soldiers, their wives

and children until the British Army left in early 1922.

memorials and the people buried within the cemetery. While today there are only 53

named headstones, the author has painstakingly searched primary and secondary

sources to try and identify as many people buried in the cemetery as possible. This hard 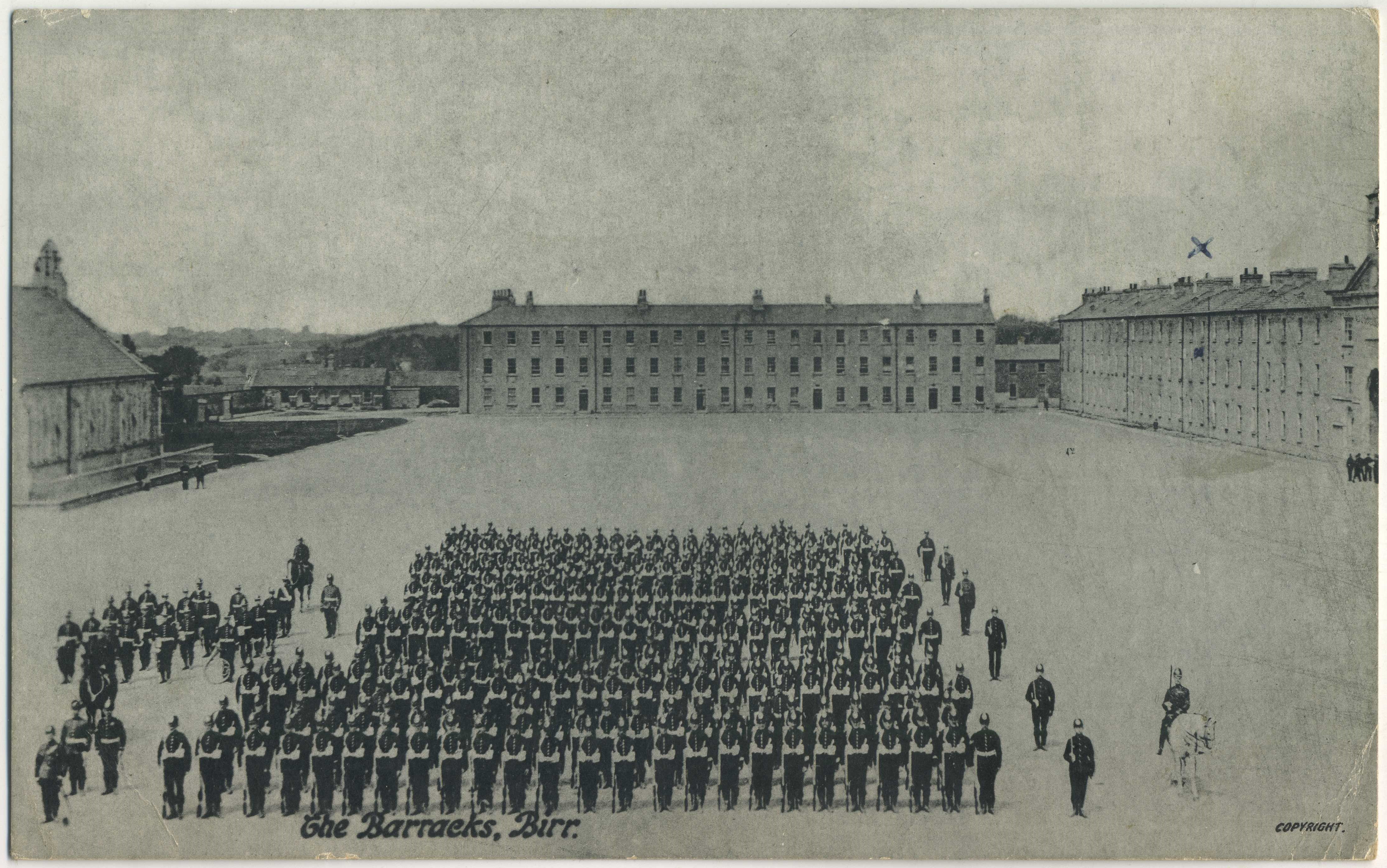 With the opening of the cemetery also came the completion of the garrison church. The

church was an important building for the Protestant community housed in the barracks.

In addition to weekly church services and baptisms, the church also acted as a school for

soldiers and children of the garrison. After the barracks was burned by the IRA in June

1922, the monks at Mount St Joseph Abbey, near Roscrea, bought the church and used

the stone for construction of the steeple at the Mount St Joseph. The garrison bell found

its way to Australia!

An unusual feature of the cemetery is the obelisk memorial just inside the entrance. This

Regiment during the Second Boer War (1899-1902). The battalion volunteered for service

in South Africa in 1900 and spent two arduous years on active service, where climate and

disease were the greatest enemy of all. The battalion returned home to Birr on 26 May

1902 and they received a warm welcome. A memorial was commissioned by the army to

commemorate the militia’s death casualties of the campaign. The army saw the memorial

being placed in a prominent place in the town, however local politics resulted in the

barracks square. After the barracks was burned the memorial was moved to its present location.

Within the town of Birr itself, in St Brendan’s Church of Ireland Church are memorials to

Leinster Regiment officers who died on active service. The army regularly used the

church, not to mention the countless soldiers who got married there. Memorials were

erected to officers who were killed during the Scramble for Africa, these represent some

This is the first substantial publication to deal with any aspect of the history of Birr Barracks and is an important local study of the legacy of the barracks and the relationship the Leinster Regiment had with the town of Birr.

We are glad to be able to offer signed copies of Stephen's book - its a handsome edition, with a high production standard, meticullous research and excellent colour photographs throughout. -  https://thebookshop.ie/callaghan-stephen-birr-mili...