Author John Joe McGinley on his book exploring Irish American criminality - The Irish Wise Guys - Signed copies available now from The Bookshop.ie. Donegal based author John Joe McGinley outlines the background of the book below. All our copies are signed brand new, the book was published by Ballpoint Press in paperback in 2020. A must read for anyone with an interest in true crime, or the sometimes chequered history of the Irish in America. 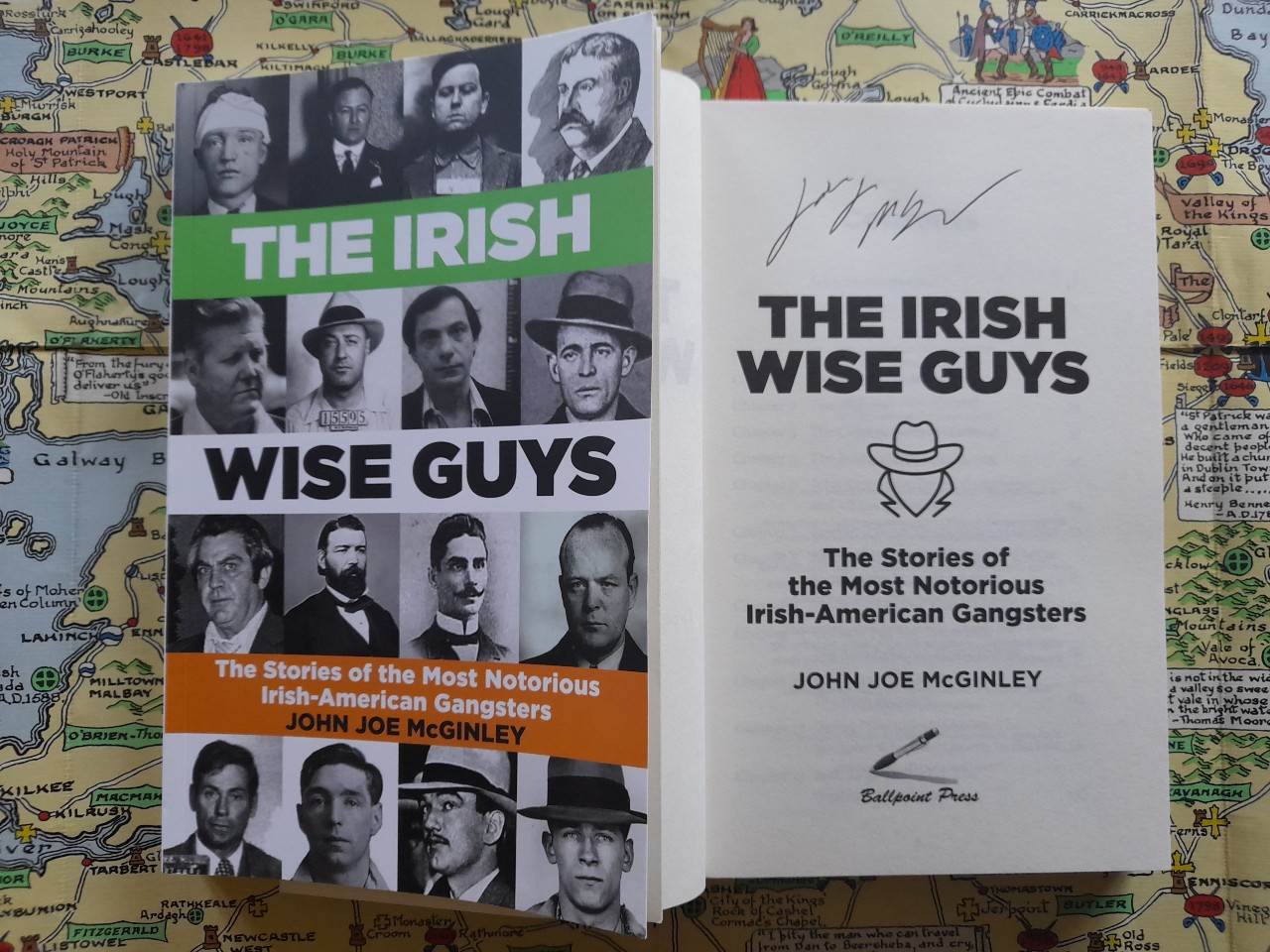 Irish Wise Guys – the stories of the most notorious Irish American Gangsters.

women, who have left their native land for a better life, and most have repaid this

hospitality many times over.

Twenty-three of the 46 presidents of the United States claim Irish descent. The first man on

the moon Neil Armstrong’s ancestors came from Fermanagh and Tyrone. In the world of

business, Henry Ford, the inventor of the modern assembly line, considered himself both an

American and a West Cork man. Ireland has also given the US millions of ordinary men and

women who have led lives as good citizens contributing to the growth of American society.

When you think of the Irish in America, an iconic image is of the cops who pounded the beat

of New York and other major American cities such as Boston and Chicago. However, an

— the Irish American gangsters. This Irish Wise Guts highlights the stories of the most

famous of these men, many of whom became America’s most wanted criminals and some

American Gangsters. Crime bosses for whom death and destruction was a daily currency in

their lives. Men who made millions and rarely died a natural death!

Owney ‘The Killer’ Madden. In different circumstances these men could have been captains

of industry, politicians, or even union leaders. Instead, they choose a path of crime that

would make them into some of the most wanted men in America.

mostly achieved notoriety as member of gangs. These sprung up almost from the first

gangs who were the steppingstone for so many in their rise in the world of crime. Gangs

Irish Wise Guys explores organisations like the Gophers, The White Hand gang, the

The lives of some of these men have been explored, but many fascinating stories still remain

to highlight the lives they led, the crimes they committed and the part they played in

much about any of the Irish American gangsters.

Each chapter detail the lives, crimes, escapades and often gruesome deaths of each man.

Signed copies are available at : https://thebookshop.ie/mcginley-john-joe-the-irish...