Why I Finished Jane Austen’s Last Work: A Season at Sanditon by Rose Servitova

( This blogpost was originally posted on the excellent writing.ie website on October 27th - https://www.writing.ie/interviews/why-i-finished-j... 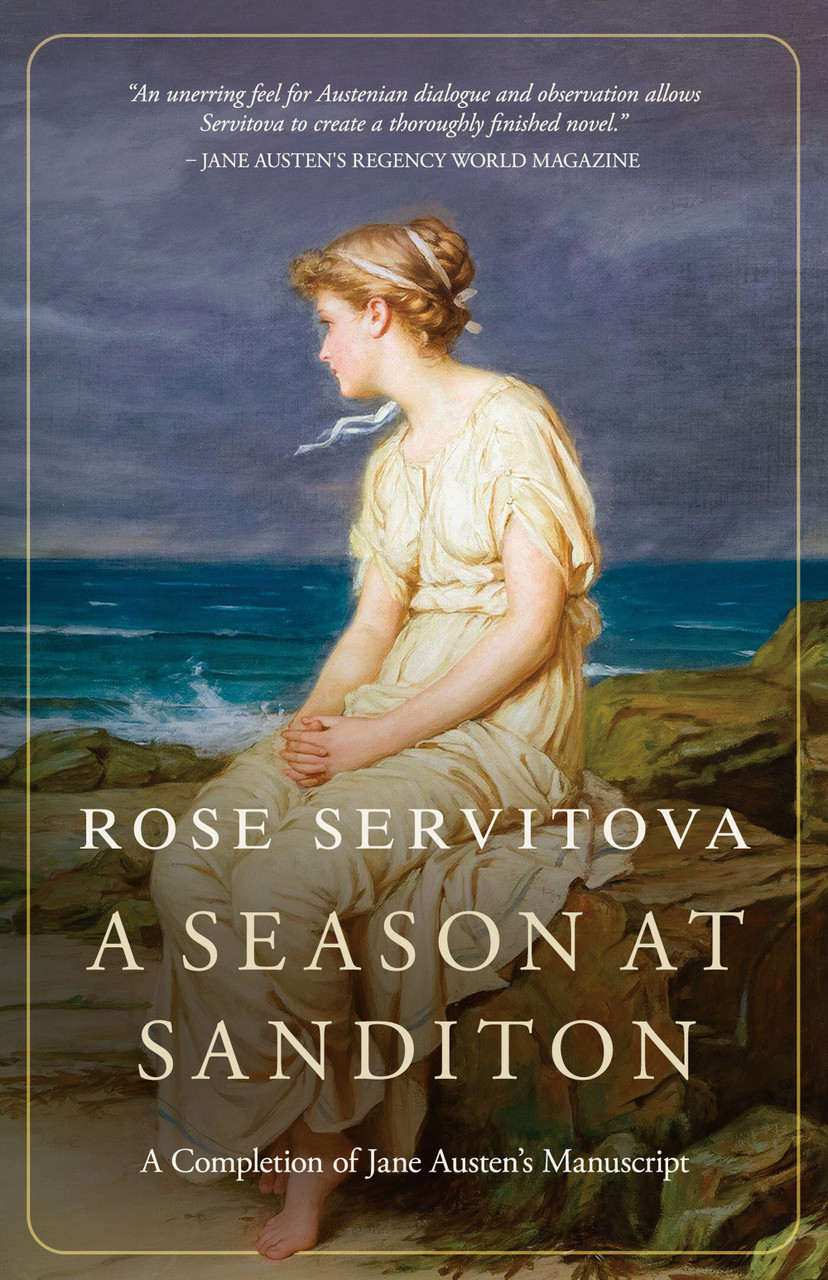 When Jane Austen died over 200 years ago, she had just started writing a new novel. At 41 years of age, she sought medical treatment in Winchester for a mysterious illness that would prove fatal. Having completed the first eleven chapters while unwell, she obviously believed she would recover and go on to finish this and many more works. Originally called ‘The Brothers’ it was eventually renamed by her family after her death. They preferred to call it after the fictional seaside village on which it was based. They called it Sanditon.

Back in 2016, I discovered I was quite the Austen fan and, based on my love of the ridiculous Mr Collins and the witty Mr Bennet of Pride and Prejudice, I wrote a humorous epistolary novel imagining their correspondence. Called The Longbourn Letters, it went down well with the Austen community. So when the following year, I had to scrap my then struggling work-in-progress because the only way to fix it was to make the horse talk, I decided, in a moment of carpe diem, to finish Jane Austen’s unfinished fragment, The Watsons. That she had died with two novels incomplete was news to me and, as I struggled to bin my other project, I decided that as Austen had made a good start with The Watsons, all I had to do was slap on a middle and an end, writing all the while in a style similar to the great author. I became captivated with The Watson sisters and soon took the retelling of their story as a labour of love. In the end, I was proud of how I had finished The Watsons and thankfully when it made it to print in late 2019, it was received remarkably well by those very discerning readers – the international Austen community as well as other historical fiction readers.

Fast forward to early 2020, just prior to the world going into lockdown thanks to Covid, I made a careless comment when asked if I would ever consider completing Jane Austen’s other unfinished work, Sanditon. I said “I might”, which turned into “I will”. Up to that point, my answer was “not a chance”. ITV had, after all, hired the king of period dramas, Andrew Davies, to write a screenplay based on Austen’s fragment and I felt there was no point attempting to tread anywhere near it. But when it aired and it was obvious that Austen’s input amounted to half of episode one after which poetic license kicked in with incidences like incest, hand-jobs and killing off heroes arising in the plot, I said to myself, “I might have done it differently”. Austen was no shrinking violet having wrote about seductions, premarital sex and underage sex so Davis was well within his rights to take this fragment, which lives in the public domain, in any direction he wanted – it just felt to me like I might have gone elsewhere with it being, like all fans, convinced that what I believe is best/right/true. Does the word ‘fan’ not derive from the word ‘fanatic’ and, let me tell you, there is no fanatic like an Austen fanatic.

The two years that followed saw me write only sporadically. Thanks to the pandemic, I had lost my routine, my normal day job and my mojo. I picked up the manuscript, worked at it for a bit and abandoned it again, for months at a time. Finally, an American Austen fan, now turned friend, who is approaching her ninth decade told me to get a move on, that she wasn’t going to wait forever to find out what happened to Sidney and Charlotte. So I finally picked it up one last time and stuck with it until I got a real handle on the characters and, in the end, listened to their troubles, mistakes, embarrassments, regrets and triumphs and did my best to pass it on, in A Season at Sanditon, with, if not humor and sincerity, at least genuine interest.

Signed copies of A Season At Sanditon are available HERE https://thebookshop.ie/servitova-rose-a-season-at-...

( Rose Servitova is an award winning Irish writer whose work has been published in various literary journals and newspapers. When she’s not writing, she works as a job coach for people with special needs and is also involved in organising Limerick’s Jane Austen Bicentenary Festival. Rose lives in County Limerick with her husband and two children.)

Much more content on Irish books, publishing and authors can be found at https://www.writing.ie/