On Stieg Larsson (trans. from Swedish by Laurie Thompson) is a collection of previously unpublished essays about the late author, as well as some of his correspondence.

Jonas Sundberg co-founded the Expo magazine with Larsson and a few others in 1995. Expo, which showcased investigative journalism against extremism, organized racism and anti-Semitism. In the essay “Stieg,” Sundberg remembers Larsson as “a guy who preferred to work rather than be seen,” who was always willing to pitch in, but refused to be called editor in chief, and was always willing to take a step back when Expo was in the limelight. He also narrates how Larsson would hammer away on his laptop until well past midnight, guessing that the bulk of the Millennium trilogy was written in the wee hours. Larsson had told Sundberg that he was writing a crime novel for his “pension insurance” and he appeared to be happy when he had “sold it for real money.”

This also includes email correspondence from Larsoon, as well as essays by other writers, publishers and colleagues.

Hardcover, originbally issued as a 'bonus' part of a boxset of the Millennium Trilogy. 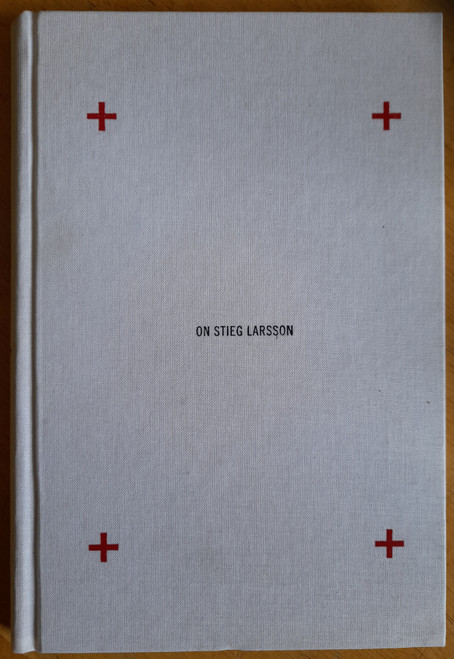