The remarkable life of the vivacious, clever - and forgotten - Kennedy sister, who charmed the English aristocracy and was almost erased from her family history. Kick was Joe Kennedy's favourite child and Jack's favourite sister. Spirited, vivacious and quick-witted, her charm was legendary and with her jokes, effervescence and ease of manner she became a star amongst friends, family and the press. When Kick sailed to Britain in 1938 after her father had been appointed US Ambassador in London she was presented at court as a debutante, attended all the best parties and was a house-guest at the finest country estates. She was described as 'the best thing America ever sent us'. Kick was not conventionally beautiful, but men swarmed around her. As she mingled with aristocrats, politicians, writers and artists, everyone was drawn to her refreshing lack of stuffiness. To her the Duke of Marlborough was 'DukieWookie' and she taught her aristocratic friends to say in an American drawl, 'Oh, Kid what's the sto-o-ory'. Even the anti-American Evelyn Waugh was bewitched. As the clouds of war gathered, Kick met a shy, tall, handsome man called Billy and against the wishes of her powerful family, she married him. He was William Cavendish, heir to the Duke of Devonshire and the Chatsworth estate, the most eligible bachelor in England. But their days of married bliss proved short. War brought tragedy and loss. In this book, which is as lively and vivacious as its subject, best-selling author Paula Byrne uses recently released documents to tell for the first time this cinematic story of the meeting of American and British aristocracy - the Kennedys, the Devonshires, their friends such as the Churchills, Astors and Mitfords, the social whirl of pre-War life, Kick's work for the Red Cross and as a journalist - and the religious tension that arose from her marriage to Billy. She kicked against family, faith and country. She was a rebel to the end - which came all too soon, when she was just 28. This wonderful book restores her story at last with all its energy, wit and tragedy. 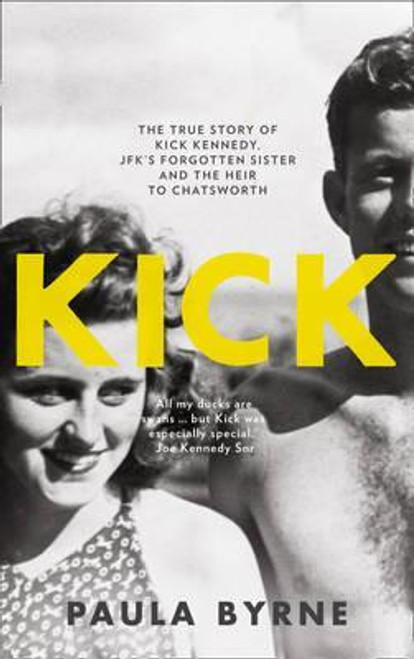