Marianne Faithfull, the daughter of a professor of philology and an Austro-Hungarian baroness, was convent-educated before she turned rebel in the 1960s. At just 17-years-old, she met the Rolling Stones and their manager, Andrew Oldham, at a party. Oldham asked her two weeks later to record a song. That single, "As the Tears Go By", reached number four in the charts and heralded the beginning of a celebrated singing career. Faithfull became Mick Jagger's girlfriend and soon attained notoriety as the "girl in the fur rug" at a much-publicized drugs bust. She also became a screen actress, appearing in such films as "Girl on a Motorcyle". These memoirs tell the story behind the headlines, and details of the life and achievements that transcend Marianne Faithfull's well-known role as Mick Jagger's consort and as a symbol of the decadent 1960s. She describes her life with the Stones and her friendships with many of rock's greatest figures, such as Bob Dylan, Jimi Hendrix and Jim Morrison. She discusses with honesty her experiences as a junkie and her attempted suicides, as well as her growing will to survive and not to become the beautiful doomed character everyone perceived her to be.
She was also much haunted by the drug-related deaths of her close friends, Brian Jones and Jim Morrison. In the mid-1980s, she relates how she finally kicked the habit and took up her singing career with renewed vigour, building on the success of albums like "Broken English". Her co-writer, David Dalton, is the author of "Piece of My Heart: Travels with Janis Joplin" and "Mr Mojo Risin': Jim Morrison, The Last Holy Fool". 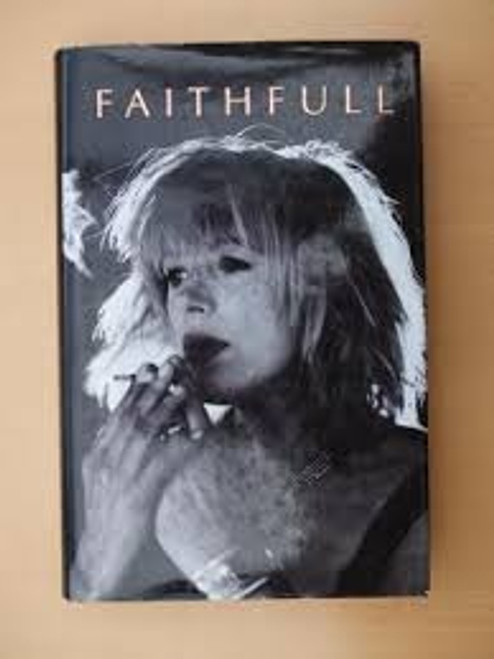