Ardagh, Philip / The Silly Side of Sherlock Holmes (Hardback)

In The Not-So-Very-Nice Goings-On at Victoria Lodge, Philip Ardagh took illustrations from The Girl's Own Paper of the 1890s and used them to tell a brand new tale of (unlikely) intrigue, with hilarious results. Now he's at it again, but this time with the original Sherlock Holmes illustrations from The Strand Magazine, to bring The Silly Side of Sherlock Holmes to bathrooms across the nation.

A true Sherlock Holmes fan since age nine, Philip Ardagh owns a variety of strange editions of the original canon, including one in Pitman's shorthand English. He's always felt that Holmes's humorous side has been largely ignored. The Silly Side of Sherlock Holmes does nothing to redress the balance. It's a shameless piece of frivolous fun, which, under test conditions, produced everything from suppressed chortles to out and out guffaws. Ideal for everyone from Sherlock Holmes fans to people who quite like reading silly captions. Sometimes.

"I love [it]. Utterly ridiculous, which I mean as a compliment - it's like Edward Gorey, only cheating a bit because someone else has done the illustrations.' The Bookseller

"[A] laudable example of that brave dying breed - the Christmas humour book that has nothing to do with television, magazines or politics.' The Sunday Times 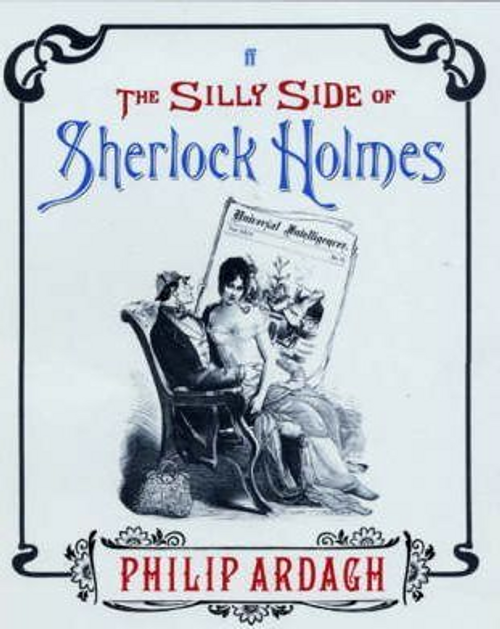 Ardagh, Philip / The Silly Side of Sherlock Holmes (Hardback)