Walking the streets of Moscow, indistinguishable from the rest of its population, are The Others. Possessors of supernatural powers and capable of entering the Twilight, a shadowy world that exists in parallel to our own, each owes allegiance either to The Dark or The Light.

In The Day Watch, second book of the Night Watch trilogy, Alice, a young but powerful Dark Other, attends a planning meeting with her comrades in the Day Watch. The team is on a mission to apprehend an uninitiated Other, a practicing Dark witch who has so far eluded the bureaux responsible for finding and initiating unlicensed practitioners of magic. It seems a routine operation. But when they arrive, the Night Watch team has already made the arrest. A fierce battle ensues, during which Alice almost dies. Drained of her powers, she is sent to recuperate at a youth camp near the Black Sea. There she meets Igor; the chemistry between them is instant and irresistible.

But then comes a shattering realisation: Igor is a Light Mage. Suddenly Alice remembers him as one of those involved in the battle that left her crippled. Now that they know, there is no alternative to a magical duel, a battle that neither of them wants to win... 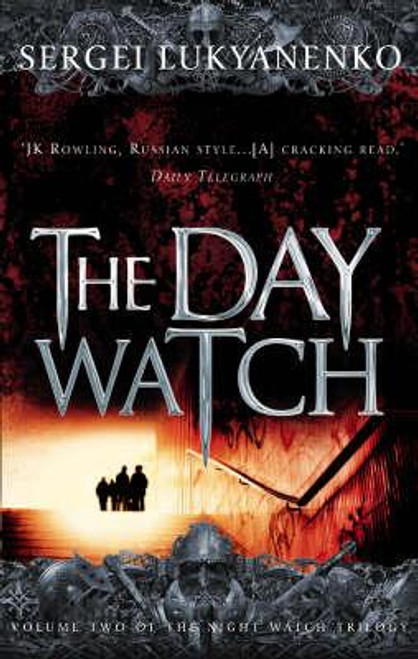