Elizabeth Appleton is a 1963 novel by US author John O'Hara

The novelis set mostly in Pennsylvania, and the time of the narrative stretches from the early 1930s to the1950's. The title character is a woman from a wealthy New York family who at a young age marries a scholar of modest means. They move to his hometown in Pennsylvania where he becomes a history professor and later a college dean. Several years into the marriage, after having two children, she embarks on a passionate but extremely secret love affair with a wealthy and affable local man.

As in earlier novels, O'Hara minutely chronicles small-town life in America in the first half of the 20th century, especially its social and sexual mores. 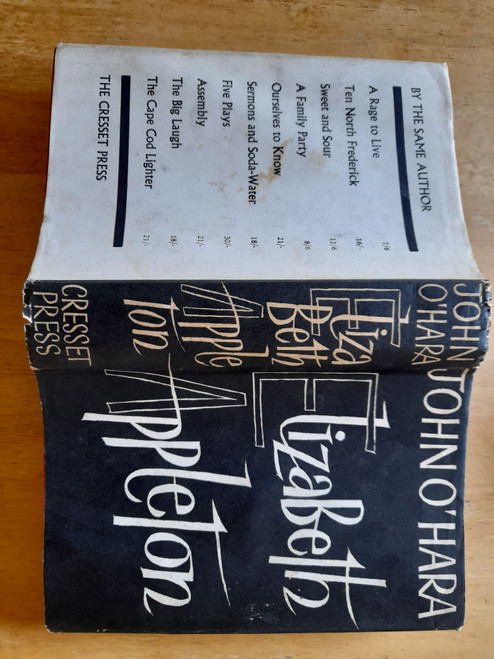