CRAIG BELLAMY is one of those footballers you can't ignore. If he plays for your team, you love him. If he doesn't ...Everyone knows Bellamy. Pace and passion. A handful for defenders. Scoring goals and winding up opponents. Winning friends - and making enemies. Blessed with a natural talent, he has enjoyed a colourful career at a host of top clubs. The proud Welshman is one of the top ten appearance makers for his country. But his rise to the top of the game wasn't easy. It could have all been so different. He came from a loving family but there were temptations in his way. Follow the crowd or follow a dream? Join your mates in a gang on the streets or try to make it as a pro? It was a choice between the two. Bellamy chose football and became a rebel with a cause. He quickly climbed the ladder and shared dressing rooms with some of the biggest stars in football - from Ryan Giggs to Steven Gerrard. His burning desire to succeed made him a winner on the pitch, but that same passion also got him into trouble.He earned hero status at Newcastle for his Player of the Season performances, but controversy soon followed after a chair throwing incident involving the first team coach, a public bust-up with Graeme Souness and a telephone text scandal with Alan Shearer. Later, he joined his boyhood heroes Liverpool where he would score a famous goal against Barcelona in the Nou Camp, days after striking his team-mate John Arne Riise with a golf club after a karaoke night. He enjoyed further success at high-flying Manchester City where he was caught on TV slapping the face of a pitch invader. A second term at Liverpool and other spells at West Ham, Celtic, Blackburn Rovers, Coventry, Norwich and his hometown team Cardiff have been equally eventful. Away from the spotlight, however, there is a very different side to Craig Bellamy. His earnings from this book will be going to the Craig Bellamy Foundation, a charity that he is passionate about which offers children in Sierra Leone the chance to fulfill their sporting potential. He is a devoted Dad and was heartbroken at the tragic and shocking death of his close friend Gary Speed.Craig Bellamy: GoodFella, is a no-holds barred, often surprising whistlestop ride through a football career in the fast lane. Like the man himself, it won't hold back. 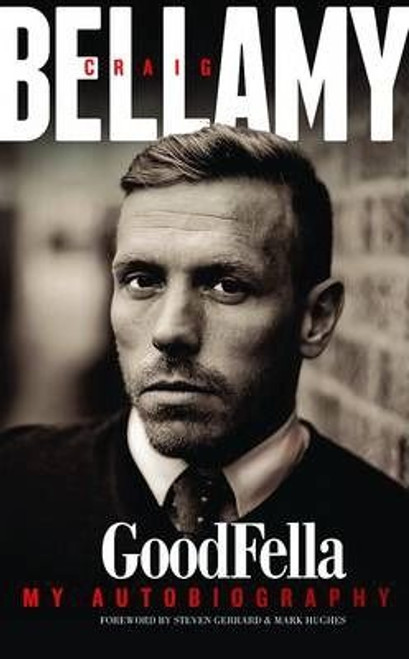