Browne, Harry / The Frontman : Bono (In the Name of Power)

Celebrity philanthropy comes in many guises, but no single figure better encapsulates its delusions, pretensions and wrongheadedness than U2's iconic frontman, Bono - a fact neither sunglasses nor leather pants can hide. More than a mere philanthropist - indeed, he lags behind many of his peers when it comes to parting with his own money - Bono is better described as an advocate, one who has become an unwitting symbol of a complacent wealthy Western elite. The Frontman reveals how Bono moved his investments to Amsterdam to avoid Irish taxes; his paternalistic and often bullying advocacy of neoliberal solutions in Africa; his multinational business interests; and his hobnobbing with Paul Wolfowitz and shock-doctrine economist Jeffrey Sachs. Carefully dissecting the rhetoric and actions of Bono the political operator, The Frontman shows him to be an ambassador for imperial exploitation, a man who has turned his attention to a world of savage injustice, inequality and exploitation - and helped make it worse. 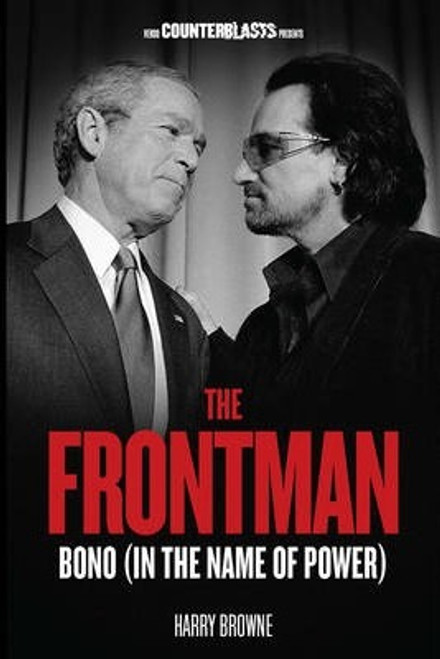 Browne, Harry / The Frontman : Bono (In the Name of Power)