In the early '70s, considered the darkest years of the Troubles in Northern Ireland, it reveals the catastrophic fall-out from the doomed Derry City Hotel meeting.

The impact of the disaster follows the lives of so many, from the wealthy, vibrant James Henderson to the love-struck factory girl Caitlin McLaughlin and her family.

The guerrilla war in the province rages as it extends to mainland Britain and the Irish Republic.  Darkness takes us from the dank hellhole of the overpopulated Victorian Armagh Women's Gaol to London's lavish, opulent private clubs.

An unmerciful and harrowing tale, it endeavours to illustrate what life was like for Ulster's war-torn, sectarian communities. It captures a story of conflict, survival of the fittest, and victims who attempt to live and love against a background of chaos and carnage.

Hope is deemed lost and forgotten until the power of love, truth, and justice steps in to create light and a new beginning.

The SECOND book in the Stones Corner Quartet, , preceded by Turmoil ( Volume 1 ) ( also listed on our site) . Two other books, Hope ( Volume 3 ) and Light ( volume 4 ) will complete the quartet.

Jane Buckley was born in Derry/ Londonderry, Northern Ireland, in the late 60s and is the author of the Stones Corner Volume 1, Turmoil. Like many of her generation, she had to leave to find work elsewhere, and at the age of 17, she moved to London, where she lived and worked for over twenty-five years before moving to Nice, France.

Along with her husband John (born in Cork, Ireland), they finally returned home in 2017 and live in Donegal. 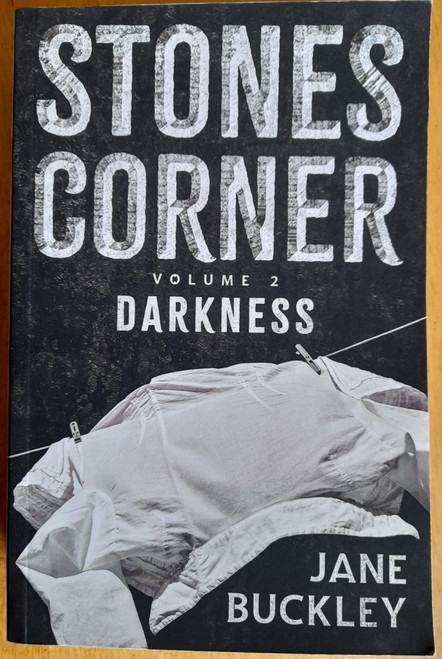