Najjair, Sam / Soldier for a Summer : One Man's Journey from Dublin to the Frontline of the Libyan Uprising (Large Paperback)

Housam 'Sam' Najjair was born in Dublin to an Irish mother and a Libyan father. In June 2011, as his father's home country was being torn apart by civil war, he left Ireland on a one-way ticket to Tunisia, crossing into war-torn Libya, to join the uprising against the dictator Gaddafi.
Soldier for a Summer charts his journey - from his arrival into Libya to training in the Western Mountains for twelve weeks before advancing on Tripoli. On 20 August 2011, Sam and the now famous Tripoli Brigade - a unit of the National Liberation Army of Libya - were the first revolutionaries to enter the city, and subsequently secure it and Martyrs' Square.
From meeting representatives of NATO to covert operatives, arms deals, the death of his close friend and colleague, safe-houses and a captured girl sniper, this is the astounding story of how a young Irish-Libyan revolutionary became a battlefield commander of a unit of the National Liberation Army of Libya - an unforgettable account of a single season that liberated a country and transformed a young man. 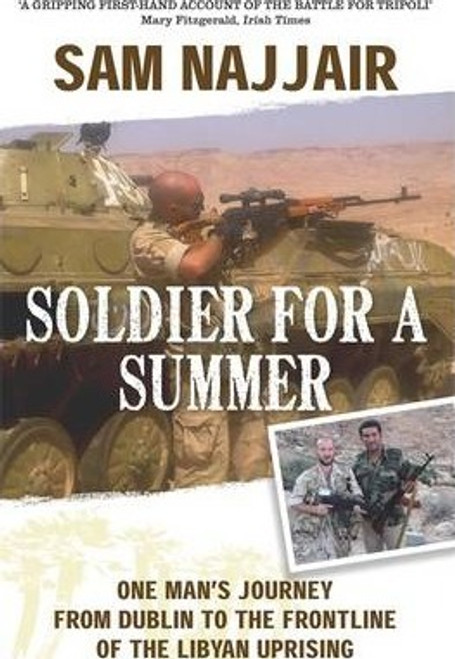 Najjair, Sam / Soldier for a Summer : One Man's Journey from Dublin to the Frontline of the Libyan Uprising (Large Paperback)