'a quietly impressive book, which does something most celebrity autobiographies shy away from: it seeks the truth and, more often than not, finds it.' - THE MAIL

A look at the life and times of the man Sir Michael most looked up to.

It started in the shadow of the pithead in a South Yorkshire mining village and ended up in tears before an audience of millions. Michael Parkinson's relationship with his late father John William was, and remains, a family love story overflowing with tenderness and tall tales of sporting valour, usually involving Yorkshire cricket or Barnsley FC.

However, it was the overwhelming grief which poured out of Michael when Piers Morgan pressed him about John William in a television interview - four decades after the death of the father he encapsulated as 'Yorkshireman, miner, humorist and fast bowler' - that convinced one of the outstanding broadcasters and journalists of our time to delve deeper into the dynamics of their lives together.

Co-written with his son Mike, this affectionate and revealing memoir explores the influences which shaped John William, Michael and succeeding generations of Parkinsons. The journey leads them from the depths of a Yorkshire coal mine, via the chapel, pub and picture-house, to a spot behind the bowler's arm at Lord's and the sands at Scarborough.

While Like Father, Like Son conveys a powerful sense of time and place, it is wit, insight and, above all, enduring love which shine through its pages. 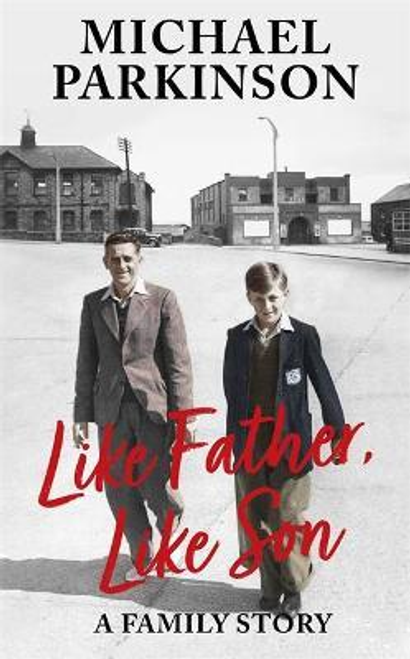