Remarkable. . . . A gift from a heroine who was killed at twenty-seven but whose voice has survived to remind us of the humanity and decency that endure amid--and despite--the horror and chaos of war."
--Francine Prose, O, The Oprah Magazine Brutally honest and rich in detail, this posthumously published diary of a twenty-seven-year-old Vietcong woman doctor, saved from destruction by an American soldier, gives us fresh insight into the lives of those fighting on the other side of the Vietnam War. It is a story of the struggle for one's ideals amid the despair and grief of war, but most of all, it is a story of hope in the most dire circumstances. "As much a drama of feelings as a drama of war."
--Seth Mydans, New York Times "A book to be read by and included in any course on the literature of the war. . . . A major contribution."
--Chicago Tribune "An illuminating picture of what life was like among the enemy guerrillas, especially in the medical community."
--The VVA Veteran, official publication of Vietnam Veterans of America 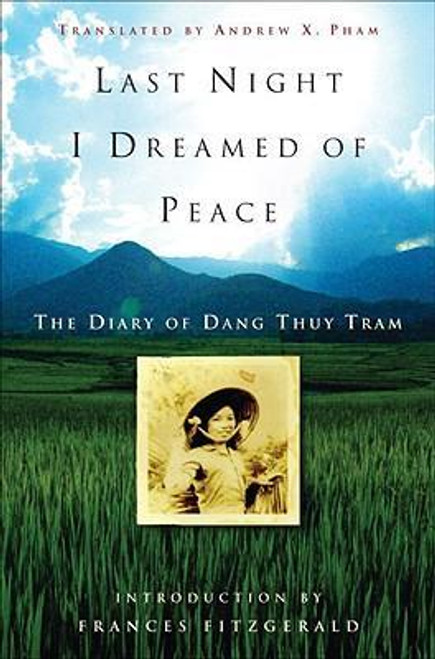